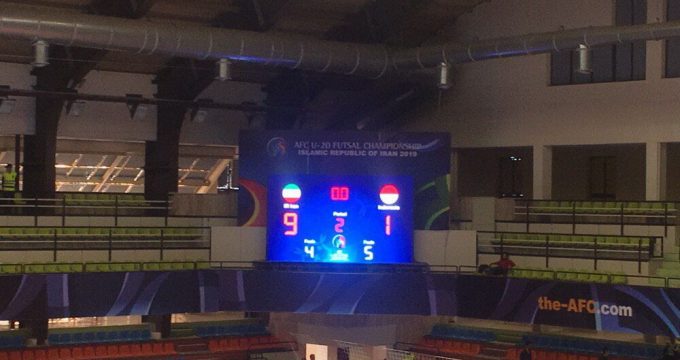 IRNA – Iranian national under -20 futsal team on Saturday crushed Indonesia 9-1 and stood on the third place in AFC U-20 Futsal Championship.

During the first half, Iran scored 6 goals.

In the second half, Iranian players netted the goals two more times.

The Indonesian rivals could compensate one of the goals but Iranian player netted Iran’s 9th goal.

Meanwhile, according to Futsal World Ranking, Iran stood first in Asia and third in the latest ranking.

According to the website, Japan, Thailand and Uzbekistan are second to fourth in Asia.

Iran is preparing for the preliminary round of the AFC Futsal Championship 2019 and the qualifying competition for the 2020 FIFA Futsal World Cup.

AFC U-20 Futsal, Iran futsal team, sports June 22, 2019
Trump: Iran ‘very wise’ not to shoot down manned plane
US war with Iran will ‘cost Trump his re-election’ as president – Journalist