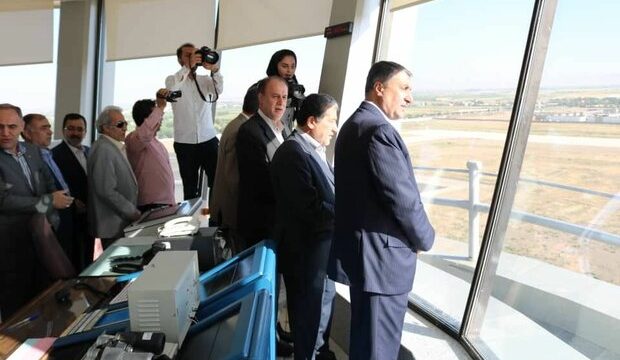 MNA – The country’s tallest airport control tower, as high as 52 meters, became operational in Hamedan province on Thu. in the presence of Minister of Roads and Urban Development Mohammad Eslami.

On the sidelines of the inaugural ceremony of the control tower, Manager of Hamedan Airport Company Sohrab Kalvandi said that the project has been carried out in a time span of seven years, costing some 60 billion rials (near $4.6 million).

Construction operation of this giant project started in 2012, he said.

Hamedan International Airport is located at 5 km northern this province which is equipped with VOR/DME and NDB systems.