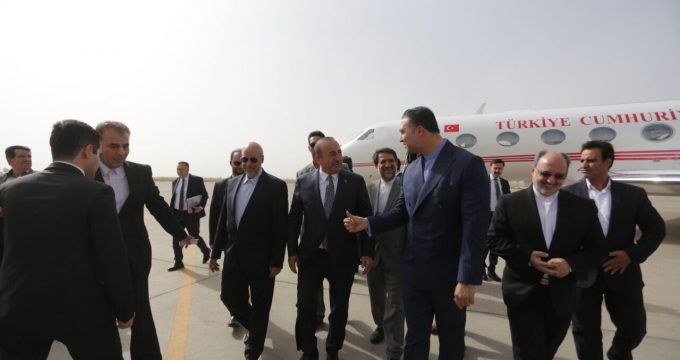 Upon his arrival, Cavusoglu was welcomed by Isfahan Governor Abbas Rezaei.

The meeting between Iranian and Turkish ministers will be held on Friday and both sides will discuss bilateral economic cooperation.

Signing documents on political cooperation between the two sides’ foreign ministries is also on his itinerary, according to Iranian Foreign Ministry Spokesman Abbas Mousavi.

Bilateral relations, including implementation of the previously signed agreements between Iran and Turkey in economic sphere, discussing the latest developments of the region and the world will be among the main topics of the two foreign ministers in Isfahan, he said.

Tehran and Ankara share numerous interests in various fields, particularly in economy and trade, and they have tried to develop the relations in other spheres as well over the past years.

Turkey is also one of the major customers of Iran’s energy market, but is banned from any transaction in the sector.