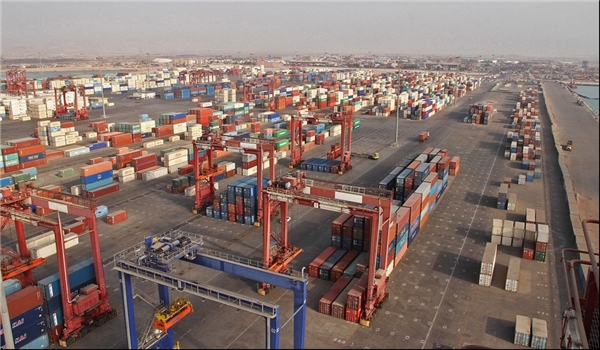 Over 730,000 tons of basic goods unloaded at Shahid Rajaee Port in 80 days

Tehran Times – Over 730,000 tons of basic commodities have been unloaded at Iran’s largest container port, Shahid Rajaee, during the 80-day period from the beginning of current Iranian calendar year (March 21), Director General of Ports and Maritime Department of Hormozgan Province Allah-Morad Afifipour announced.

The official said that the goods were unloaded from 24 vessels, IRIB reported on Monday.

on May 21, the deputy director of the Islamic Republic of Iran Customs Administration (IRICA) said following a directive by President Hassan Rouhani, IRICA is providing new facilities for importers of basic goods which makes them able to clear their commodities in less than an hour, IRNA reported.

“For basic goods such as meat, system formalities and clearance procedures will be carried out in less than an hour and importers can transport their goods soon after,” Mehrdad Jamal Orounaqi said.