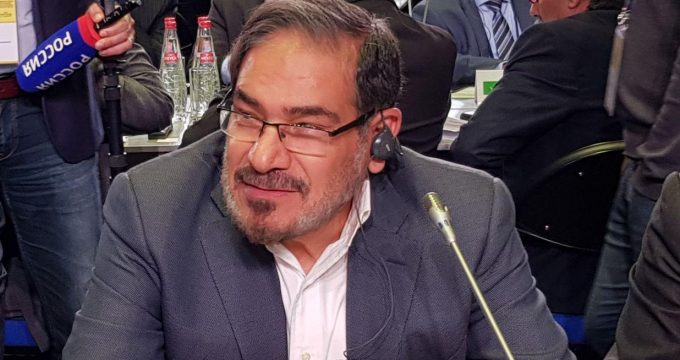 MNA – The Secretary of Iran’s Supreme National Security council, Ali Shamkhani, has been quoted by Russian TASS news agency as saying that Iran is in talks with Russia and China on a possible settlement mechanism in case discussions with EU over the JCPOA fail.

Iran is in talks with Russia and China on a possible settlement mechanism in case discussions with EU over a nuclear deal fail, the Secretary of Iran’s Supreme National Security council, Ali Shamkhani, said, according to Russia’s TASS news agency, as reported by Reuters.

Secretary of Iran’s Supreme National Security Council Rear Admiral Ali Shamkhani arrived in Russia on Tuesday to attend the 10th International Meeting of High Representatives for Security Issues in Ufa, Russia. In addition to attending the Russian-hosted security conference, Shamkhani and his accompanying Iranian delegation have held a meeting with representatives of 6 neighboring countries of Afghanistan as well as holding bilateral meetings with top security officials of the participating countries.

On the anniversary of the US illegal withdrawal from the Iran nuclear deal (JCPOA) on May 8, Iran reduced some commitments under the deal while giving a two-month deadline to other remaining parties to the deal to fulfill their obligations, otherwise it said it will resume uranium enrichment at higher levels allowed under the 3.67% limit set by the JCPOA.

Furthermore, the spokesman of Iran’s Atomic Energy Organization Behrooz Kamalvandi announced on Monday that Iran would increase low-enriched uranium stockpile by fourfold in 10 days, exceeding the 300km limit set by the JCPOA.

Iran says its decision to reduce commitments to the JCPOA is within its rights under an agreement and aims at creating a balance between its rights and its commitments.