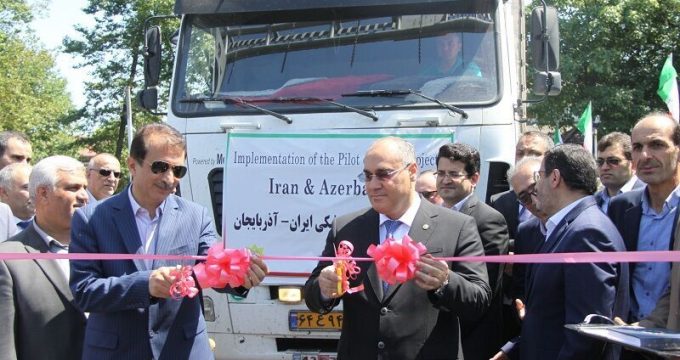 Speaking in the opening ceremony of the event, head of the Islamic Republic of Iran Customs Administration (IRICA) Mehdi Mir Ashrafi referred to $20,000b international trade in the world as indication of the importance of border trade.

Iran and Azerbaijan are the most exceptional countries located on North-South and East-West corridors, he added.

The United Nations Economic Commission for Europe (UNECE) administers the TIR Convention, which was established in 1959 and extensively revised in 1975. TIR Convention has, currently 68 contracting parties.

Mir Ashrafi went on to say that TIR Convention of Iran was launched two months ago in Mirjaveh, Afghanistan, Chabahar and Mumbai.

The cultural, ethnic and language common grounds between Iran and Azerbaijan make both countries boost trade exchanges to help enhance the level of welfare, he said.

Mir Ashrafi said grounds have been prepared for increasing the level of customs cooperation by forming the working groups in all sectors.

Meanwhile, Mehdiyev Safar Mammad, Chairman of the State Customs Committee of the Republic of Azerbaijan said the relations between Iran and Azerbaijan have paved the way for equipping the border with eTIR.

He added that eTIR will safeguard products and facilitate transportation and trade.

The Contracting Parties to the TIR Convention launched in 2003 the so-called “eTIR Project”, aimed at providing an exchange platform for all actors (Customs authorities, holders2, guarantee chains) involved in the TIR system, known as the “eTIR international system”.