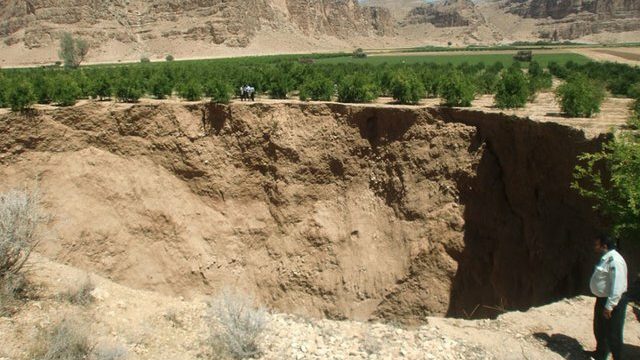 Tehran Times – Iran’s National Cartographic Center (NCC) has warned that northcentral Alborz province, adjacent to Tehran, is suffering from land subsidence by an annual rate of 29 centimeters, which must be tackled before incurring great loss, IRNA reported on Tuesday.

Masoud Shafiei, the NCC director, in a letter to responsible officials has warned about the phenomenon and requested them to take urgent measures.

According to a study carried out by the NCC, the area most affected by subsidence is Alborz province, as an area of 700 square kilometers is running down with the highest annual rate of 29 centimeter.

Mehrshahr country is also subsiding at a rate of 18 centimeters annually, in addition to other counties running down by 5 to 8 centimeters.

Excessive groundwater withdrawal, Inefficient irrigation methods in addition to digging illegal wells are the main causes of groundwater extraction-induced subsidence, as out of 50,000 wells pumping underground water resources in the capital, 30,000 are illegal not having a permit, therefore, the country’s ground water condition is worrisome, he added.