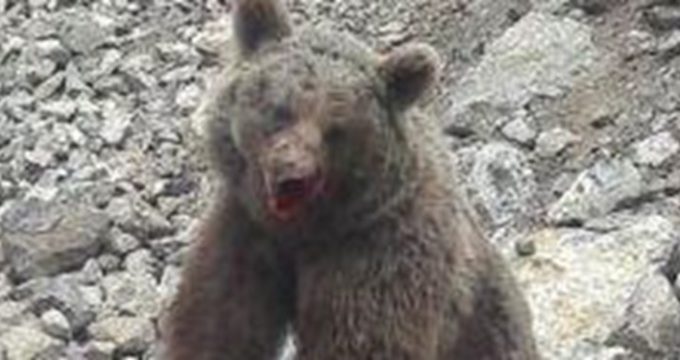 Tehran Times – Two men who killed a bear cub in Savadkuh, northern province of Mazandaran, by throwing stones at it are summoned by the court, ISNA news agency reported on Monday.

On Sunday, a video of two men, one 30 years old and another 50 years old attacking a bear cub with stone went viral. While it seems that locals were trying to control the bear from attacking them, they caused severe injuries to the poor animal which led to its death.

A lack of awareness of how to behave in case of encountering a wild animal most certainly resulted in the unfortunate incident.

Once rangers attended the scene and took the bear to the nearest animal rehabilitation center in Sari the bear lost its life due to the gravity of the injuries, the report added.

Mazandaran province chief of department of environment Hosseinali Ebrahimi Karnami explained that the provincial department will follow up on the case to punish the wrongdoers.

He went on to say that animal cruelty is punishable by imprisonment and fine, stating that those who killed the bear are liable to a fine of 500 million rials (nearly $12,000).