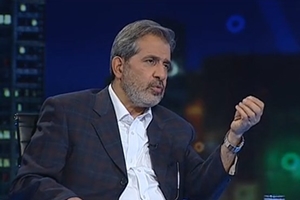 US, Israel behind tanker incidents in Sea of Oman: Iran’s ex-envoy

Tasnim – A former Iranian ambassador and Foreign Ministry spokesperson said the US and Israel launched the recent attack on two oil tankers in the Sea of Oman to overshadow the Japanese prime minister’s visit to Iran.

However, the Japanese officials rejected US claims that Iran was behind the attack on their oil tanker in the Sea of Oman, he added.

Asefi went on to say that the attacks on the two oil tankers were a plot hatched by the Zionist regime of Israel and the US to exert more pressure on the Islamic Republic.

The remarks came after US Secretary of State Mike Pompeo offhandedly blamed Tehran for the attacks on the two oil tankers.

On Thursday, the Iranian maritime rescue forces evacuated the crew of two large oil tankers hit by two successive blasts in the Sea of Oman.

A total of 44 sailors were transferred to Iran’s port city of Jask in the southern province of Hormozgan.

The incident took place while Japan’s visiting prime minister was holding a meeting with Leader of the Islamic Revolution Ayatollah Seyed Ali Khamenei in Tehran.

Abe arrived in Tehran on Wednesday and became the first Japanese leader to visit Iran in more than 4 decades.

Iran has denied any role in the event, and some observers have raised questions about whether the intelligence was being used as a pretext for the US to escalate conflict with the country and bring back Tehran to the negotiating table.