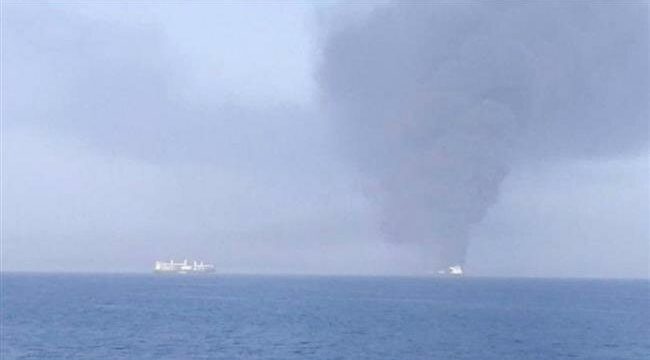 Alwaght – Following the explosions hitting two oil tankers in the Persian Gulf and Strait of Hurmuz, as it was largely expected the US officials and their allies immediately pointed the fingers of blame at Iran using their media propaganda in a bid to garner global consensus against Iran and put pressures to send the case to the United Nations Security Council.

The US Secretary of State Mike Pompeo talked with the media reporters on the initial Washington assessments. Pompeo did not offer any specific evidence to back up the conclusion and did not take follow-up questions from journalists. But he said that the US believes Iran was behind the attacks based on “intelligence, the weapons used, the level of expertise needed to execute the operation, recent similar Iranian attacks on shipping, and the fact that no proxy group operating in the area has the resources and proficiency to act with such a high degree of sophistication.”

Although Iran has officially rejected the American claims, a look at the Pompeo-presented evidence and reasoning can give a clear picture of the main goals behind the media propaganda and the suspicious attacks.

The US claims show that Washington has no credible documents for its allegations. First of all, the claims that the US based its evidence on security intelligence without presenting any documents is worthless. Second, in the middle of the world unawareness of the main attack causes, either they are sea mines, drones, or rockets, Mike Pompeo links the used weapons to Iran. The US published a hardly clear black and white footage of a boat without a flag with crew on it. Pompeo claimed the boat was Iranian, saying that the footage shows Iranian crew removing unexploded mines from the tanker’s body in a bid to destroy their involvement evidence in the attack.

The allegations raise a couple of questions: How did the Americans get themselves immediately to the attack site to film the incident if they did not know about the attack? Even if the boat was Iranian, as the Guardian newspaper suggests, this does not prove the American claims because the Iranians were first to arrive for rescuing the tanker’s crew who were taken to an Iranian port. Of course, the principles of safety rule that in a rescue operation the rescuers should remove the threatening factors, including mines.

Pompeo, referring to the high level of expertise in the attack, drew a similarity between it and the attack on UAE oil tankers in Fujairah Port a month ago, which he also linked to Iran. The claim that no other party could carry out the attack is invalid because in addition to the US military presence, Washington allies also are present in the region and that Iran is not the only party there. Pompeo repeated his Fujairah Port attack allegations while a meeting of the UNSC failed to hold Iran accountable due to lack of evidence that Tehran was behind the attack despite a heavy anti-Iranian push by Trump administration on the global stage.

Beside the lack of proofs tying Iran to the attack, answering some questions can give a clear picture of who is the real culprit in these scenarios. The first question is that which party benefits from the escalation of tensions while Iran has repeatedly said that it does never seek war. The second question is that how the attack on Japan-bound vessels can be justified while the Japanese Prime Minister Shinzo Abe was in Tehran talking to the Iranian officials for an exit out of the standoff with the US. Third, why the US instantly asked for a consensus against Iran instead of calling for an unbiased investigation into the attack.

Answering these questions not only clears Iran of the charges but also will once again accentuate Washington, Tel Aviv, and Riyadh’ destabilizing role in the region. It is because of this reason that the US failed to meet what it expected to see of the global consensus. Various countries challenged Pompeo’s anti-Iranian claims. The Russian foreign ministry called the US stance after the tankers incident brazen “Iranophobia.” It further called any conclusion before an impartial and accurate probe “unacceptable.”

Germany’s Foreign Minister Heiko Maas in reaction to the footage said that it was hard to build a conclusion on the footage and called for further evidence.

Anti-Iranian nature of the attack

Without any doubt, escalation of tensions is the main drive behind the recent string of events, mainly the attacks on the oil tankers, in the Persian Gulf. Instability provides the US with the best pretext for military presence in the region, as it will open the White House’s hands for putting strains on the European sides which still seek to keep the nuclear deal with Iran alive and oppose Trump and his National Security Advisor John Bolton’s warlike policies. Time magazine has reported that the attacks have motivated the West to set up a patrolling force in the region to protect the oil and commercial vessels sailing from and to the Persian Gulf.

Furthermore, the White House is frustrated as Iran rejects new nuclear negotiations. This rejection is supported by an Iranian home consensus, especially after Abe’s visit to Tehran. Very likely, Washington, and possibly its European allies, arranged the attacks to imply that the shadow of war is still on Iran, a scenario aimed at pressing the Iranian officials to bring them to accepting the negotiations, which Tehran finds fruitless with regard to the American treachery and failure to respect the terms of 2015 nuclear deal that was signed after over five years of talks.