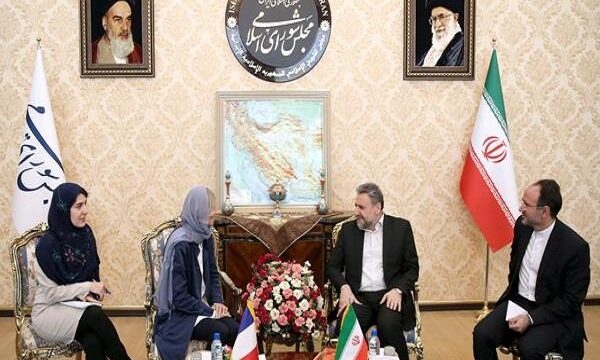 MNA – Chairman of Parliament’s National Security and Foreign Policy Commission, Heshmatollah Falahatpisheh, said that US is well aware of Iran’s defense capabilities and this means there is no possibility of war against Iran.

He made the remarks in a Saturday meeting with a French delegation led by Chairwoman of Foreign Policy Committee of the French National Assembly Marielle de Sarnez in Tehran.

Referring to the Joint Comprehensive Plan of Action (JCPOA), Falahatpisheh said that more efforts is expected from European countries, especially France, to save the deal, hoping that EU would adopt more practical measures in this regard.

Pointing to recent attacks on two oil tankers in the Sea of Oman, he added, “the presence of foreign naval fleet has created instability in the Sea of Oman and in the region.” He said that Iran wants more probe into the case.

He also called on the parliaments of the two countries to pave the ground for enhancing economic ties.

She noted that keeping JCPOA alive is really important for France and that French officials are determined to put all-out effort to keep Iran in the deal.