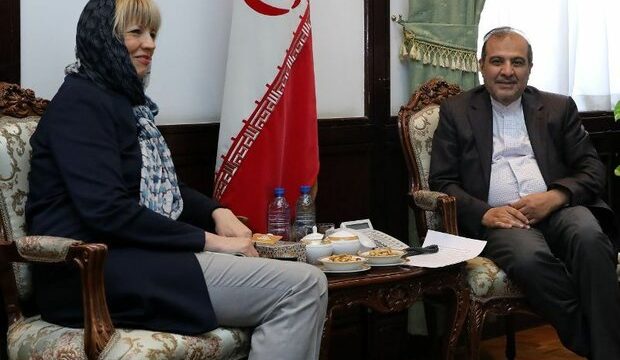 Referring to the Stockholm agreements between Yemeni groups, and taking into account the humanitarian situation in Yemen, the two sides highlighted the quick implementation of these agreements to advance the political process and resolve the country”s crisis by resorting to a political solution.

Another topic on the agenda was continued consultations and exchange of views between the Islamic Republic of Iran and the European Union to help solve the Yemeni people”s problem.

Earlier in the day, Schmid held talks with Iranian Deputy FM Abbas Araghchi on preservation of the JCPOA following the US’ unilateral withdrawal and ways to activate the EU’s trade mechanism for Iran, dubbed INSTEX.