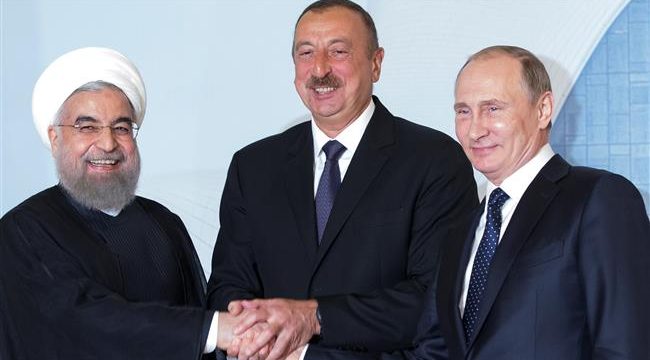 Iran-Russia-Azerbaijan summit to be held in August

MNA – Iran-Russia-Azerbaijan summit will be held in Sochi in August, Minister of North Caucasus Affairs of the Russian Federation announced.

Minister of North Caucasus Affairs of the Russian Federation Sergei Chebotarev announced in the second Iran-North Caucasus trade conference that Presidents of Iran, Russia and Azerbaijan will meet for a tripartite summit in Sochi in August.

Earlier Russian ambassador to Azerbaijan Mikhail Bocharnikov said that a Russia-Azerbaijan-Iran summit is expected by the end of this year in Russia.

Russian President Vladimir Putin also said in Beijing in April that he would meet with Iranian President Hassan Rouhani and Azerbaijani President Ilham Aliyev at a summit in Russia during August.

“We agreed to hold another Russian-Azerbaijani-Iranian summit in Russia in August,” Putin said.