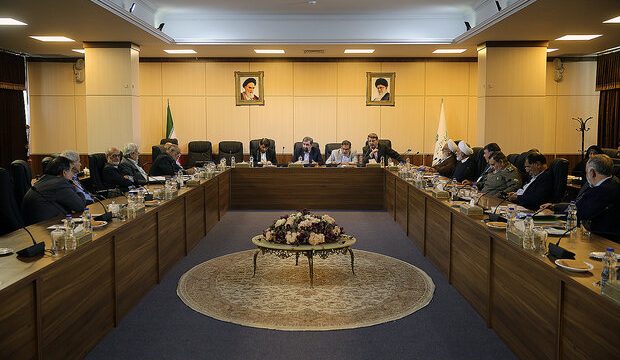 MNA – The Sun. meeting of the Expediency Council was dedicated to addressing the ratification of two controversial FATF-related treaties, namely the convention against the funding of terrorism (CFT) and the UN Palermo Convention on Transnational Organized Crime.

The second meeting of the joint commission of the Expediency Council, chaired by Mohsen Rezaei, was focused on addressing the two FATF-related treaties that Iran has been called upon to ratify as part of the requirements to the join the global anti-money laundering watchdog.

During the meeting, the questions and uncertainties of the EC members regarding the ratification of the two treaties were discussed.

Representatives from the Central Bank, Ministry of Economy, Ministry of Foreign Affairs, Vice Presidency for Legal Affairs, and Ministry of Intelligence were also called upon to share their expert opinions on the matter.

It was also decided to submit 11 questions on the issue to the presidency office and request an official response to them from the Rouhani administration.

The EC joint commission will continue the sessions until a final verdict is reached.