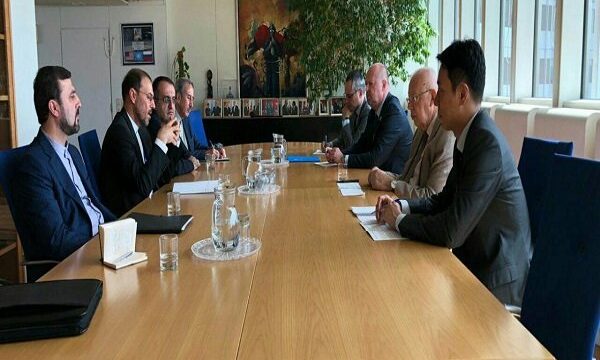 MNA – Iranian deputy FM Gholam-Hossein Dehghani has lamented the lack of sufficient international aid to Iran in the fight against drug trafficking.

“Iran is situated on a major transit path of illicit drugs, and spends over 150 million euros every year to fight its trafficking, but international aid is meager,” Dehghani said at the meeting.

He then censured lack of cooperation from countries, which used to financially aid Iran’s anti-narcotics activities, due to some political consideration and the pressures from the US’ unilateralism.

“The situation could leave an adverse impact on Iran’s capacity and capabilities in fighting drug trafficking,” he warned.

The UNODC executive director, for his part, stressed the body’s serious resolve to provide financial and technical aid to Iran in countering drug trafficking, saying he had issued an order to relevant bodies to find and implement new ways to support Iran’s anti-narcotic activities.