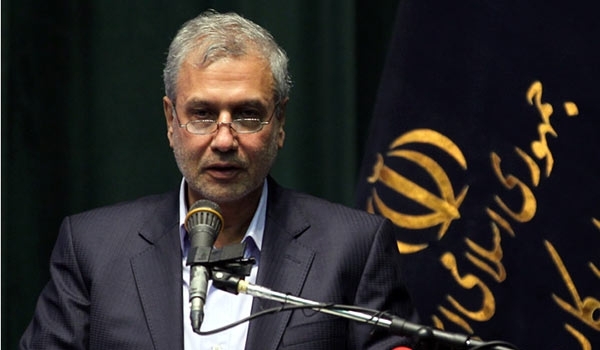 IRNA – Government Spokesman Ali Rabiei voiced his concern and sorrow over the explosion of two oil tankers carrying oil for Japan in the Sea of Oman and warned all countries of the region to be careful not to be trapped by those, who benefit from instability in the region.

According to the government website, Rabiei expressed sorrow for blasts in the two Japanese oil tankers on Thursday and added that Iran is ready for security and regional cooperation to guarantee security in strategic waterways.

Al-Mayadeen TV Network, meantime, reported on Thursday morning that attack against two big oil tankers, one from Singapore and another one from Norway, carrying crude oil for Japan were affected by two explosions in the Oman Sea.

The tankers were damaged in the waters of the Gulf of Oman and then fire broke out in the vessels.

Earlier, an informed source told IRNA that 44 sailors of the two foreign oil tankers which were hit by explosions in the Sea of Oman this morning have been rescued by an Iranian vessel in coordination with Hormuzgan’s maritime search and rescue center.

The sailors have been transported to Jask Port in east of southern Iranian province of Hormuzgan as a result of Iran’s humanitarian aid and assistance, the source said.

The two tankers, the Marshal Islands-flagged and the Panama-flagged, were on their ways to Taiwan and Singapore from Qatar and Saudi Arabia, respectively, the source said.

Earlier, foreign media had reported that two oil tankers had been hit by explosions in the Sea of Oman.