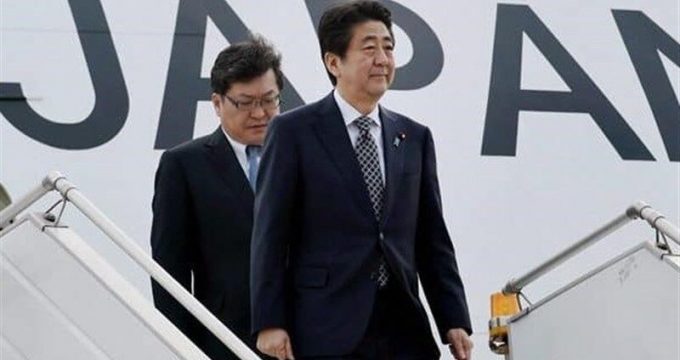 The trip is to be made within the framework of traditional and longstanding relations and in line with developing bilateral ties and issues of mutual interest.

Abe’s visit to Tehran is the first visit to Iran by a Japanese leader over past four decades after victory of the Islamic Revolution.

According to Japanese officials, Abe will not be able to mediate, but his visit is aimed at reducing tensions and help restore stability in the Middle East.

Iran announced that it would suspend some of its commitments under the deal in reaction to the US hostile measures and would proceed with the trend after a 60-day moratorium it gave to the European Union, Russia, China and Germany, the states parties to the JCPOA.

“There are concerns over rising tensions in the Middle East. While the situation attracts the attention of the international community, for peace and stability in the region, Japan wants to play a role as much as it can,” Abe was quoted as saying while leaving Tokyo for Tehran.

He added: “To ease tensions, I’d like to have a frank exchange of views.”