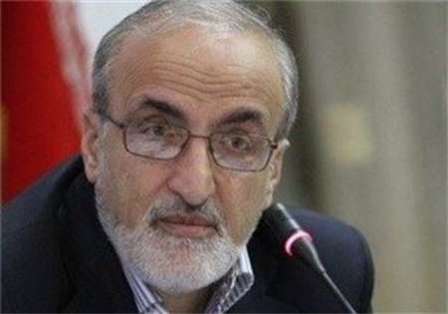 The report was completed by collecting information from 77 million and 539 thousand individuals in 30 provinces and registered at the population-based cancer registry of the Islamic Republic of Iran, he explained.

The first cancer registration report dated back to the Iranian calendar year 1393 (March 2014- March 2015) and this is the second report released by the health ministry, he said.

The statistics revealed the same findings during the Iranian calendar year 1393, he added.

A total of 12,588 women suffered from breast cancer during the Iranian calendar year 1394, he said.

Unfortunately, obesity is prevailing in Iranian women due to unhealthy diet and insufficient physical activity and it is one the main reasons for developing cancer, he lamented.

Health ministry should set up some programs for prevention and early diagnosis of breast cancer due to its high rate amongst Iranian women, he added.

Which provinces, which cancers

The highest rate of cancer in different provinces are announced based on the statistics released in 1393, he said.

Yazd, Khorasan Razavi and Isfahan provinces are the most common regions for cancers amongst women, he announced.

The range of cancer is prevailing between ages of 75 to 85 year old in Iran, he announced.

The reasons beyond the statistics

The cancer of the upper gastrointestinal tract is most common disease in northwestern and northeastern Iran due to consumption of opium, drinking hot tea, little consumption of fruit and fresh vegetable as well as poor oral hygiene, Malekzadeh explained.

Besides, lung, colorectal, skin, thyroid, prostate, bladder and cervical cancers are common in central and southern Iran due to unhealthy lifestyle, bad diet, inadequate physical activity and obesity, he said.

Although more epidemiological studies are needed to find the reasons, he added.

The rate of esophageal cancer decreased in Golestan province due to proper access of citizen to drinking water hygiene and the replacement of standard fuel instead of oil in indoor environments, he said.

Cancer, the third cause of death in Iran

After road accidents and cardiovascular diseases, cancer is the third leading cause of deaths among Iranians during recent years, he said.

However the rate of cancer is less than developed countries or neighboring countries like Turkey, he asserted.

As per the data collected by the Institute for Health Metrics and Evaluation (IHME), an independent population health research center at UW Medicine, part of the University of Washington, some 54,000 Iranians died of cancer in 2016 constituting 14.9 percent of all deaths (360,000).

Population-based cancer registry of the Islamic Republic of Iran

Malekzadeh said that Iran is one of the pioneer developing countries, which is equipped with “population-based cancer registry of the Islamic Republic of Iran”.

The “population-based cancer registry of the Islamic Republic of Iran” is the first reliable and official data collected on cancer incidence in Iran was included in World Health Organization’s “Cancer Incidence in Five Continents (CI5).

Cancer registries are valuable research tools in the etiology, diagnosis, and treatment of the disease and collecting data on cancer incidence also plays a significant role in planning screening schemes as well as preventing the disease.

According to a report released by the International Agency for Research on Cancer (IARC) of World Health Organization (WHO), the global cancer burden is estimated to have risen to 18.1 million new cases and 9.6 million deaths in 2018. One in five men and one in six women worldwide develop cancer during their lifetime, and one in eight men and one in 11 women die from the disease.

Worldwide, the total number of people who are alive within five years of a cancer diagnosis, called the 5-year prevalence, is estimated to be 43.8 million. The increasing cancer burden is due to several factors, including population growth and ageing as well as the changing prevalence of certain causes of cancer linked to social and economic development. This is particularly true in rapidly growing economies, where a shift is observed from cancers related to poverty and infections to cancers associated with lifestyles more typical of industrialized countries.

In contrast to other world regions, the proportions of cancer deaths in Asia and in Africa (57.3% and 7.3%, respectively) are higher than the proportions of incident cases (48.4% and 5.8%, respectively), because these regions have a higher frequency of certain cancer types associated with poorer prognosis and higher mortality rates, in addition to limited access to timely diagnosis and treatment in many countries.

Between 30–50% of cancers can currently be prevented by avoiding risk factors and implementing existing evidence-based prevention strategies. The cancer burden can also be reduced through early detection of cancer and management of patients who develop cancer. Many cancers have a high chance of cure if diagnosed early and treated adequately.