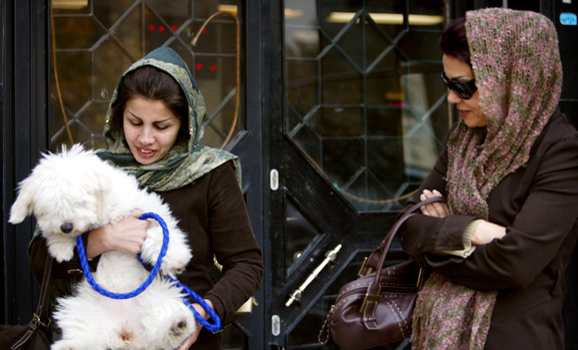 Dogs’ overpopulation, a major threat to the wildlife

MNA – Majid Kharrazian-Moqaddam, director of the wildlife conservation and management at the Department of Environment, has warned that measures to control stray dogs’ population must be employed, otherwise they will impose threats to the wildlife.

Stray dogs are unconfined dogs that live in cities. They may be pets which have strayed from or are allowed freedom by their owners, or may be feral animals that have never been owned. Street dog overpopulation can cause problems for the societies in which they live.

Dogs are generally tame except one subspecies called African wild dog, also known as the painted hunting dog, which is native to sub-Saharan Africa, he said.

“We classified dog in three categories of pets, herd dogs and feral ones which have never been owned,” he noted, adding, feral dogs are the major cause of increased population of stray dogs.

Feral dogs in nature become rivals of wild carnivores such as leopards, cheetahs and wolves, and because their population is more than wild carnivores, they will eliminate the wild species pray, causing deterioration in the ecological balance of habitats, he further explained.

They can also spread infectious diseases to people and other animals through bites, he lamented, adding that the main measure to prevent their population rise is birth control programs and sterilizing.

People offering them food, waste in the landfills also contribute significantly to the increase in the number of stray dogs that can bring damages to the environment and humans, he also noted.

Behzad Amiri, head of zoonotic diseases department at the Ministry of Health Rabies said in October 2018 that rabies, an infectious viral disease spread to people through animal bites, impose health economic burden amounting to 1.8 trillion rials (about $42 million) on the country annually.

According to a report published by The Independent in February 2019, dogs are said to threaten nearly 200 species worldwide, some of which are critically endangered.

Scientists say they have contributed to the extinction of nearly one dozen wild bird and animal species.

As such, they have become the third worst human-introduced predators after cats and rats.

The report highlights that International Union for Conservation of Nature (IUCN) estimates of the 200 species at risk from free-ranging and feral dogs, 30 are critically endangered, 71 are endangered, and a further 81 are listed as vulnerable.

As well as being a direct threat to animals by hunting them, dogs are also carriers of disease, can have significant impacts on fragile ecosystems, can compete with other vulnerable animals for prey, and in the case of wolves, can interbreed with them, threatening the longevity and integrity of the wolf population.

There are an estimated one billion domestic dogs worldwide and their conditions range from feral and free-ranging to entirely dependent on humans.

There is no definitive figure for feral and free-ranging dogs, but conservationists say their number is definitely rising.