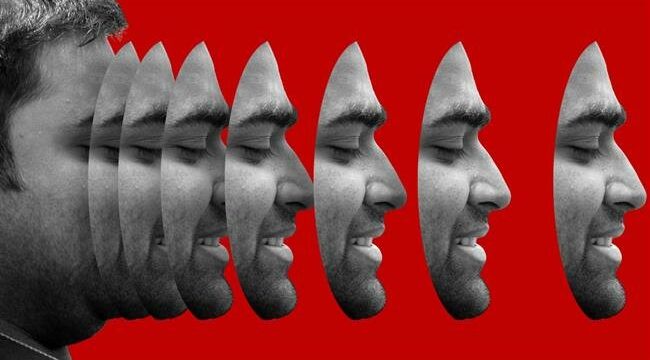 Anti-Iran writer quoted by Trump turns out to be fake

Press TV – The US government’s favorite anti-Iran columnist Heshmat Alavi, whose articles have been used by Washington to push President Donald Trump’s anti-Iran agenda, is an imaginary character spawned by the notorious terror group the Mujahedin Khalq Organization (MEK or MKO), according to a new report.

American news outlet The Intercept made the explosive discovery after reaching out to Hassan Heyrani, a high-ranking defector from the group.

“Heshmat Alavi is a persona run by a team of people from the political wing of the MEK,” said Heyrani, who noted he had direct knowledge of the operation. “They write whatever they are directed by their commanders and use this name to place articles in the press. This is not and has never been a real person.”

According to Heyrani, a team of MKO propaganda writers have been managing the fake character from the terrorist outfit’s base in Albania, one of the many European countries hosting MKO members.

The Intercept wrote that in the buildup to Trump’s decision to leave the 2015 Iran nuclear deal in May 2018, the White House specifically tried to sway The Washington Post and other skeptical press by providing one of Alavi’s contributions to Forbes as a “source.”

“Iran’s current budget is funded largely through ‘oil, taxes, increasing bonds, [and] eliminating cash handouts or subsidies’ for Iranians, according to an article by a Forbes contributor, Heshmat Alavi, sent to us by a White House official,” read an article by Post reporters Salvador Rizzo and Meg Kelly.

Heyrani’s views on Alavi were confirmed by Sara Zahiri, a Farsi-language researcher who focuses on the MKO.

Zahiri, citing her sources among Iranian cybersecurity officials, said Tehran considers Alavi as a “group account” run by a team of MKO members and the person is nothing but a figment of their imagination.

This imaginary character, who identifies himself as “an Iranian activist with a passion for equal rights,” has also made similar contributions to The Hill, The Daily Caller, The Federalist, Saudi-owned al-Arabiya English, and many other outlets.

Interestingly, Alavi refused to respond to The Intercept’s requests for comment via Twitter or the Gmail address he used to correspond with the media.

Heyrani, who once coordinated MKO’s online propaganda operations, told The Intercept that three members and a commander from the group’s political wing were running the Alavi ruse. He provided the website with the four individuals’ names and details.

One reason, Heyrani said, they preferred to hide behind the fake name was because “the MEK leadership would not look kindly on the fluent English speakers who operate the persona writing under their own names,” according to the report.

“We were always active in making false news stories to spread to the foreign press and in Iran,” said Sadeghi, who remained a member until 2008.

He was involved in lobbying activities in the United States, as well as operations at the MKO’s former base at Camp Ashraf in Iraq.

“At Camp Ashraf, there were computers set up to do online information operations. Over the years, this activity got more intense with the introduction of social media platforms like Facebook and Twitter,” he said.

The Intercept asked the editors who had worked with Alavi in various outlets over the past several years to confirm his identity. However, none of these outlets were able to confirm that they ever spoke with or met him in person.

He took no money for his work with Forbes, The Daily Caller, or The Diplomat either.

The Alavi article that the White House used in 2018 to justify Trump’s exit from the landmark Iran deal cited unnamed “semi-official” Iranian sources to make its case and ended in a fashion similar to the author’s other works.

The article praised Trump for ending “appeasement” policies towards Iran and chastising Europe for standing alongside the Iranian “regime” against the will of the Iranian people.