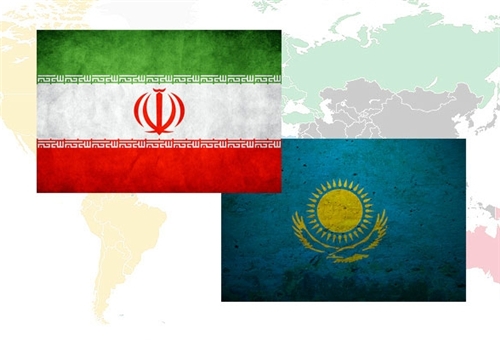 Tasnim – Officials from Iran and Kazakhstan called for closer interaction between the universities of the two countries, mulling over plans to sign an agreement on scientific and academic cooperation.

Iran’s Ambassador to Kazakhstan Majid Saber and Kazakh Minister of Education and Science Kulyash Shamshidinova met in Nursultan on Friday to explore avenues for boosting scientific cooperation between the two nations.

In the gathering, the Iranian envoy highlighted the Islamic Republic’s considerable experience in research and scientific activities as well as the growing number of Iranian students, graduates and professors, and stressed the need for plans for the exchange of university students and professors between the two countries and holding joint scientific courses and conferences.

Saber also voiced Iran’s readiness to sign a memorandum of understanding with Kazakhstan on comprehensive scientific and academic cooperation during the Iranian science minister’s planned visit to the Central Asian nation.

For her part, Shamshidinova called for the promotion of scientific and academic cooperation between Nursultan and Tehran, saying the two countries need to work closely in the field of knowledge-based technologies.

The two officials also discussed plans about Kazakhstan’s participation in the upcoming Asia-Pacific Innovation Forum 2019, due to be held in Tehran.

Jointly organized by the United Nations Economic and Social Commission for Asia and the Pacific (ESCAP) and the Iranian vice-president’s Office for Science and Technology Affairs, the Asia-Pacific Innovation Forum will take place in Tehran from June 10 to 12.

In an interview with Tasnim last week, Saber anticipated that the close relations between Iran and Kazakhstan will continue to grow during the next Kazakh president’s term.

“The relations between Iran and Kazakhstan are deep-rooted, age-old and based upon mutual interests. At present, Kazakhstan has a major position in Iran’s regional strategy as the most important and most stable republic in Central Asia,” the envoy said in the interview.