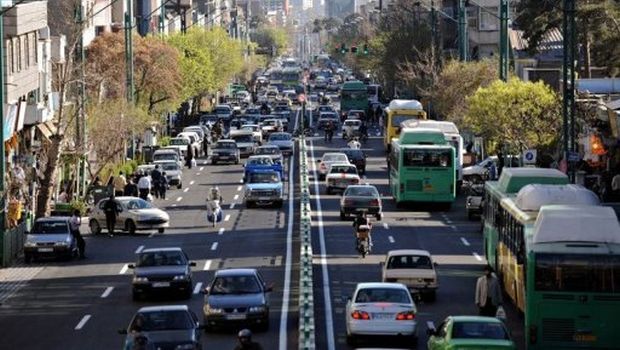 Radio Farda – police chief says Iranian holiday-makers are traveling in an extended traffic jam to Caspian Sea resorts on board over 900,000 cars.

The long holiday which started from Ayatollah Khomeini’s 30th death anniversary on Tuesday, Eid al-Fitr on Wednesday, combined with the usual Thursday and Friday weekend in Iran appears to have tempted millions of Iranians to take to the roads.

During the past month many Iranians observed the rules for Ramadan while many others had to pretend to be fasting to evade punishment by the Islamic government, and the mourning ceremonies during the last week of the month made even staying indoors difficult because of boring TV programs, while restaurants and recreation centers were shut down during the holy days.

Ayatollah Khomeini’s death anniversary is officially called “Ertehal” meaning “going from one place to another” which is some sort of euphemism for death. Iranians jokingly call this time of the year “Erteholiday,” and seize the occasion to have a good time somewhere nice.

While the police chief has said there has been a 30 percent rise in northbound traffic, Iranian and foreign-based TV channels broadcast pictures of massive traffic jams along all routes to the Caspian Sea.

The roads police chief Kamal Hadianfar warned holiday-makers not to come back on Friday and plan their return journeys gradually during the next week to reduce the chances of nasty road accidents.

Some 30 thousand Iranians are killed in road accidents every year, due to careless driving, overcrowded poorly engineered roads and poorly maintained cars, say officials. This is one the highest road fatality rates in the world.