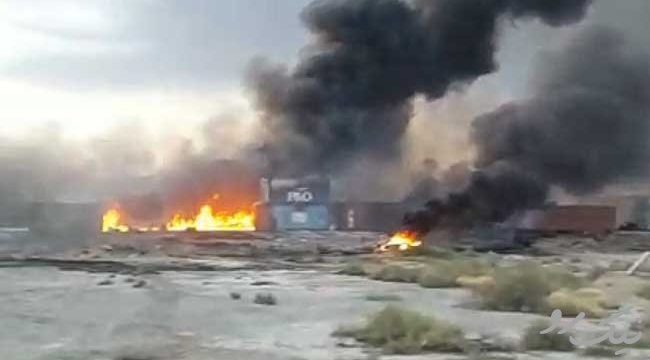 Radio Farda – A fire broke out at a facility used for storing oil products at the Shahid Rajaee port on Iran’s Gulf coast on Wednesday, the Islamic Republic News Agency (IRNA) reported.

According to the report a vehicle used for transporting shipping containers short distances, known as a reach stacker caught fire and because there were oil products nearby, the blaze quickly spread.

Firefighters were on the scene trying to control the blaze, which was accompanied by explosions, according to IRNA, which quoted local officials saying that the blaze is under control. But the agency added that due to the nature of material involved there is no certainty that a flare up will not happen again.

IRNA said that only one person has been injured and taken to hospital.

A picture posted by IRNA showed a cloud of black smoke forming above palm trees.