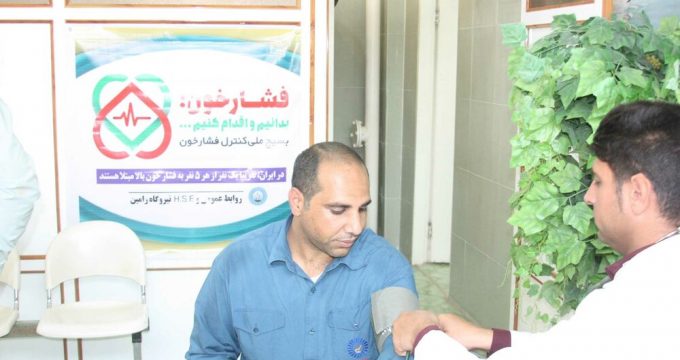 The campaign, which began on May 17, World Hypertension Day, focuses on the issue as one of the most important causes of cardiovascular disease, which is the main reason for 40 percent of deaths in Iran.

During the campaign, which continues until June 6, people are notified about the campaign, its subject and targets and from June 6 to July 6 the field works are carried out such as taking the blood pressure of target groups, registering their information and referring the patients to specialists.

Over 40 million of Iran’s population is older than 30 years old and is the target population in addition to pregnant women and those with kidney diseases, he explained.

The campaign is underway in 18,000 local health centers, 6,700 health service departments, 240 clinics and 1002 hospitals nationwide and it is predicted that at least 2461 stands in different parts of cities observe blood pressure of citizens during the campaign, he explained.

Some 97,000 Iranians died of diseases caused by hypertension in 2017, according to Dr. Ramin Heshmat, who is an associate professor of epidemiology in Tehran University of Medical Sciences.

World Health Organization (WHO) has set a target for a 25% relative reduction in the prevalence of raised blood pressure by 2025.