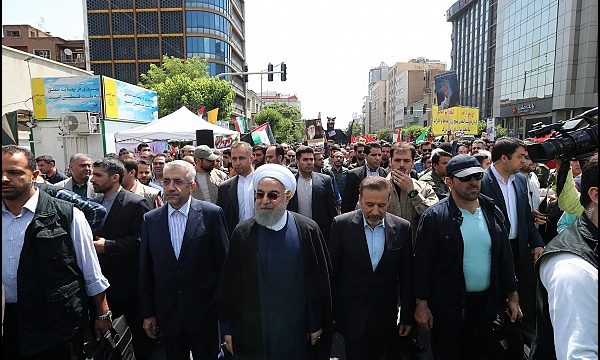 Tasnim – Palestinians will definitely emerge victorious in the confrontation with the Zionist aggressors, President of Iran Hassan Rouhani underscored, stressing that the US-drafted deal of the century will end up as the ‘bankruptcy of the century’.

“The issue of deal of century will undoubtedly turn into the bankruptcy of the century and will certainly not yield results,” President Rouhani told reporters as he was attending the Quds Day rallies in Tehran.

Highlighting the significance of the International Quds Day in the history of the Islamic Revolution, he added, “The Quds Day is the day of confrontation between all Muslims and the world aggressors, and the message of Quds (Day) is that Palestine will live forever and al-Quds belongs to Muslims.” 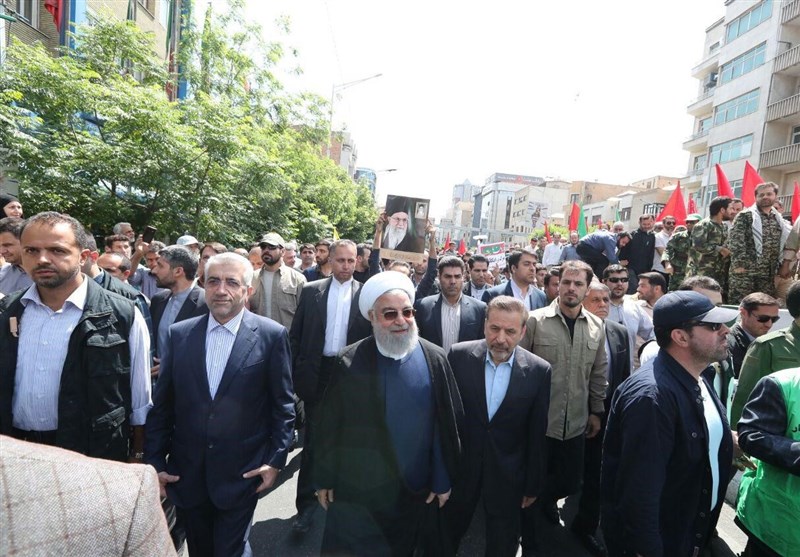 The plots that the global arrogance and aggressors have hatched against Palestine and al-Quds will get nowhere, Rouhani underlined, saying, “We have no doubts that ultimate victory will be for justice and for Palestine, and that the Palestinian territory will become a safe haven for Muslims, Christians and Jews.”

In capital Tehran, the rallies are organized in ten different routes ending at the University of Tehran, where worshippers will attend the Friday prayers.

This year’s rallies are held under the slogan “En Route for Quds” in the Arab countries.