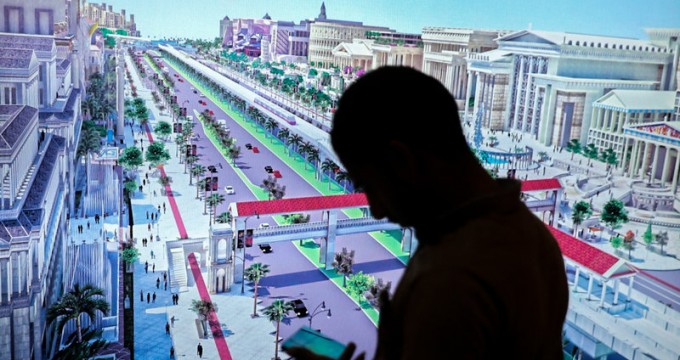 Iran; in limelight for religious and health tourism

Iranian tourism official Mohammad-Ebrahim Larijani highlighted the tourism capacities of Iran, saying that Iran is a favorite destination for Religious and Health tourists.

Medical tourism refers to people traveling to a country other than their own to undergo medical treatment.

Patients from Kuwait, Qatar and other countries prefer Iran for the medical treatment which is providing facilities more competitive than the European countries.

Iran is one of the major tourism destinations in the world and the tourists coming to Iran can also become a major source for informing the people of their countries about the advance of health facilities of Iran after they go home.

Medical tourism made an economic contribution of around $1.2 billion to the country in the past Iranian  year (March 2017-March 2018).

According to Iran’s Health Ministry, Iran attracted around 300,000 medical tourists in 2017 and the number nearly doubled over its next year.

Iran has set its goals to exceed its yearly medical tourists to around 2 million in the Iranian year of 1404.

The ministry believes Iran has the potential to become a top medical tourism destination in the region. Presently, though, it is among the top three leading destinations of such tourists in West Asia.

About 98 hospitals and 14 travel companies have so far been issued health tourism permits across the country.

Furthermore, Iran’s Tourism Development Association has been formed by the council to help attract investment and garner the support of government entities.

The association is also responsible for promoting authorized centers and introducing them to both Iranians and foreigners. It is expected to introduce health tourism service providers through a comprehensive online portal.

Iran’s ultimate goal is to earn around $25 billion a year through tourism by 2025, around $2.5 billion of which will come from medical tourism.

According to a report in 2016 by Big Market Research, the global medical tourism market is expected to reach $143 billion by 2022. It was reported in May that the number of tourists traveling to Iran for advanced medical services has grown by 40% in the past five years.

Iran has a highly educated workforce and is a regional leader in scientific and health development. It is one of the top five countries in the world in biotechnology.

According to statistics, most of the health tourists are from Persian Gulf countries, Afghanistan, Pakistan, Turkmenistan and Central Asian states. Most travel for organ transplants (especially the liver) and for various eye surgeries, orthopedic surgery, knee arthroplasty, dental services and cosmetic treatments.

Also some people travel for assisted pregnancy, such as in-vitro fertilization, surrogacy or freezing embryos for retro-production.

The highly specialized Jihad Daneshgahi Infertility Center in Qom has been the destination of many medical tourists.

“Over 400 foreign infertile couples have been admitted to the infertility center in this southwestern province to receive medical treatment,” says the center’s chief.

Recently , The Iranian tourism official Mohammad-Ebrahim Larijani said that Iran has given a priority to attract the Chinese tourists.

Mohammad-Ebrahim Larijani, the director of advertising and marketing office of the Cultural Heritage, Handicrafts and Tourism Organization, said, ‘One of the duties of the marketing and advertising office is tourism awareness by organizing tours to introduce Iran’s tourism capabilities and the tourist sites of the other countries.’

Iran has the largest resource bases for cultural, natural and historical sites in the world and is among the leading countries in terms of its potential for attracting foreign tourists.

He said that in order to achieve the goal, we host eight Chinese tour operators and tourism industry activists and such a procedure will continue until the end of the Iranian year.

Larijani said that Chinese tourism industry activists got acquainted with the capacities of the provinces of Tehran, Isfahan, Yazd, Fars, and East Azarbaijan, and that China is one of the first priorities of the target markets of Iran tourism industry, and their acquaintance with Iran Tourism Potentials, has a great influence on cooperation in the field of tourism.

According to Hashemzadeh, the head of Medical Tourism Department at the Ministry of Health, the biggest problem of medical tourism in the country are brokers who provide services to the medical travelers without having required licenses.

Using digital platforms is one way of solving this issue, he said, adding that the hospitals and foreign patients must be able to communicate as directly as possible. For example, if the health centers’ websites clearly explain their types of services and their cost, the brokers’ activity will be automatically reduced.

“Currently, we are trying to develop a set of principles for facilitator companies, active in the field of medical tourism and if the Cultural Heritage, Handicrafts and Tourism Organization help us, the principles will be carried out more extensively,” he remarked.

In May 2018, Mohammad Jahangiri who presides over a national center for developing health tourism said that Iran has the capacity to annually earn $7 billion in medical and health tourism, though the sector now brings in only one-seventh or even lesser of the sum.