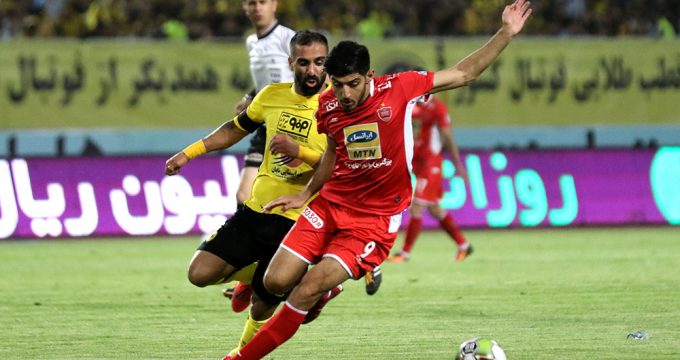 Tasnim – Ahmad Nourollahi scored a dramatic 120th-minute winner against Sepahan to send Persepolis to the final match of Iran’s Hazfi Cup on Wednesday.

Sepahan was reduced to nine-man in the 99th and 105th minutes after Mohammad Iranpourian and Kiros Stanlley Suarez were shown a red card.

In the match, held at the Naghsh-e Jahan Stadium, Sepahan captain Mehdi Kiani also missed a penalty in the 114th minute.

Persepolis will meet second division Damash Guilan in the final match, slated for Sunday at the Foolad Arena in Ahvaz.

Esteghlal is the most decorated team with seven titles.