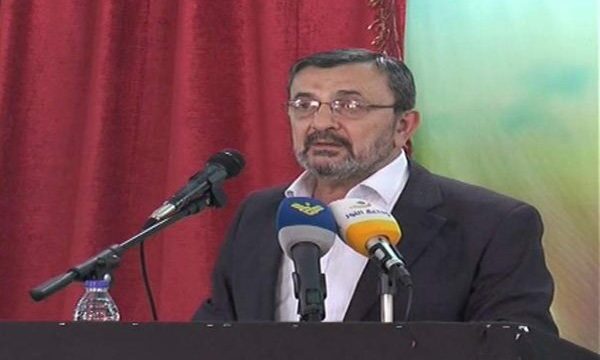 MNA – In an interview with Mehr, Sheikh Hassan Izaddin, the Hezbollah official for Arab-African affairs said that this year’s Quds Day is going to be special due to widespread opposition to ‘Deal of the Century’.

Sheikh Hassan Izaddin, the Hezbollah official for Arab-African affairs told Mehr correspondent that the so-called ‘Deal of the Century’, proposed by Donald Trump and backed by those who seek to put an end to the Palestinian issue, will not succeed.

Izaddin also said that the reactionary Arab countries in the region such as the Saudi Arabia and the United Arab Emirates as well as Bahrain, which are the main backer of Trump’s ‘Deal of the Century’ will get nowhere with their new conspiracy.

He further condemned the Manama meeting to discuss the economic aspects of the ‘Deal of the Century’ on 25-26 of June, saying that the Arab states’ cooperation with the Israeli regime is aimed at distracting attention from their arch-nemesis Israel.

The Hezbollah official went on to highlight that the Manama conference aims to force Palestinians to give up their rights in exchange for money, stressing that the ‘Deal of the Century’ will be a ‘stillborn’.

Izaddin further noted that no Palestinian political group is going to attend the Manama meeting as none of them will accept to give up the Palestinians’ rights and sell out their lands for money.

Furthermore, he praised the role that the International Quds Day plays in solidifying the Islamic unity, adding that this year’s Quds Day is going to be special in opposing Donald Trump’s moves against Palestine and huge turnout of the people across the world to show their support for Palestinian resistance.

Deal of the Century, Quds Day, Sheikh Hassan Izaddin May 29, 2019
Embassy in Baghdad rejects speculations on Iran’s demand from Iraq to mediate for talks with US
Terrorists in Idlib using civilians as human shields: Syria’s UN envoy