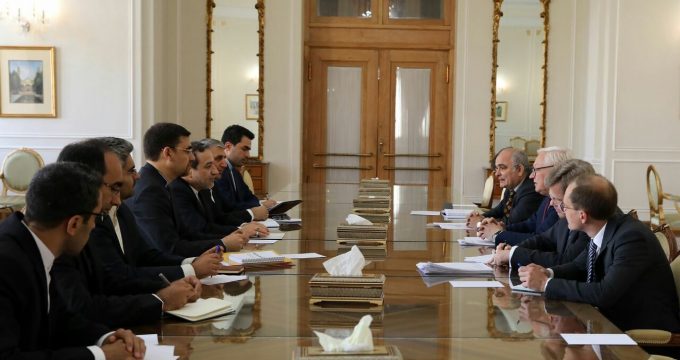 Ryabkov arrived in Tehran to discuss latest developments of the nuclear deal that Iran and Russia plus other world powers singed in 2015.

The JCPOA stipulates that Iran should curb its nuclear activities in exchange for sanctions relief.

The US withdrew from the deal in May 2018, and imposed sanctions on Iran. The European signatories however announced their commitment to the deal and assured Tehran that they will cover the losses caused by the withdrawal.

On the first anniversary of the withdrawal, Iran decreased its commitment to the deal and set a 60-day deadline for the signatories to make tangible moves.