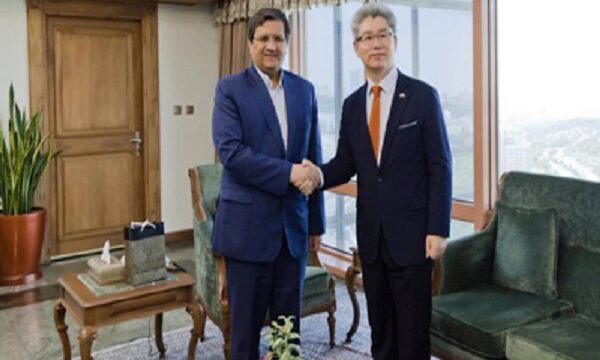 CBI governor criticizes S. Korean banks for non-cooperation due to US sanctions

MNA – In a meeting with the Ambassador of South Korea to Tehran Ryu Jeong-hyun, the Governor of the Central Bank of Iran (CBI) Abdolnaser Hemmati criticized Korean banks for blocking the access of Iran to its assets under US sanctions.

“The source of these assets is crystal clear and there is no reason for Korean banks to stop Iran from using its assets because of the imposed US sanction,” Hemmati said.

“Iran expects Korean officials to resolve such difficulties,” he said underscoring that Iran currently has an easy access to its assets in other countries.

The Korean ambassador said that he will discuss the issue with his government.

He added that Korea’s petrochemical industry is depended on imports of condensates from Iran.