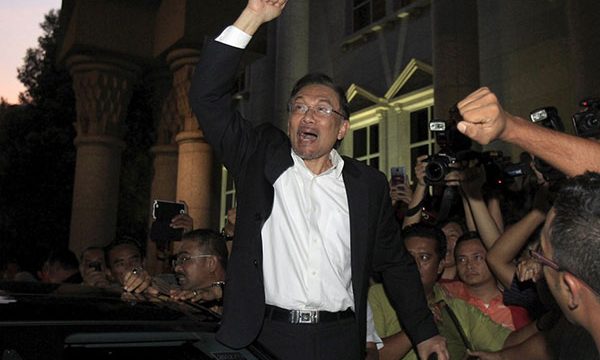 “(I) met with Tun Dr Mahathir. I referred to the fear of the PKR in the Central Leadership Council Meeting on the threat posed by the United States against the Iranian leadership,” said a statement by Anwar Ibrahim after the meeting.

“The government needs to issue a strong stand by rejecting any provocation on all Muslim countries,” he added in his statement.

The Malaysian politician’s warning was a reaction to the US President Donald Trump’s recent threats against the Iranian nation, threatening that Iran would be destroyed if Tehran attacked any of Washington’s interest.

Anwar Ibrahim, Mahathir Mohamad, Malaysia, US sanctions against Iran May 29, 2019
Iran has sapped US capacity for war: Revolutionary Guards chief
CBI governor criticizes S. Korean banks for non-cooperation due to US sanctions