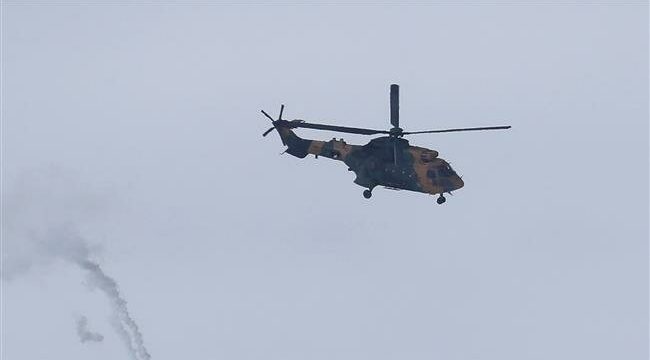 Press TV – Turkey says it has launched a military operation against Kurdish militants in a mountainous area of northern Iraq.

In a statement released on Tuesday, the Defense Ministry said that the campaign, dubbed “Operation Claw,” kicked off in Iraq’s Hakurk region at 8 p.m. local time (1700 GMT) on Monday.

Over the past hours, artillery fire and airstrikes have targeted shelters and ammunition depots belonging to the Kurdistan Workers’ Party (PKK), the statement said, adding that the bombardment had been followed by the deployment of Turkish commando brigades, T-129 ATAK helicopters, and drones.

“This operation aims to demolish the caves and shelters that are being used by terrorist groups and to eliminate terrorists,” it said. “The operation, with the support of our attack helicopters, is continuing as planned.”

The Defense Ministry also published photos showing shells fired by howitzers and soldiers on ridges as well as footage of helicopters and commandos disembarking from them on mountainous terrain.

Defense Minister Hulusi Akar and senior military officials directed the military campaign at the Command and Operation Center at the Turkish General Staff headquarters in Ankara.

The PKK has been fighting for autonomy inside Turkey for decades. Ankara says the group runs secret bases in neighboring Syria and Iraq.

The air force has been carrying out operations against the PKK in Turkey’s troubled southeastern border region as well as in northern Iraq and neighboring Syria.