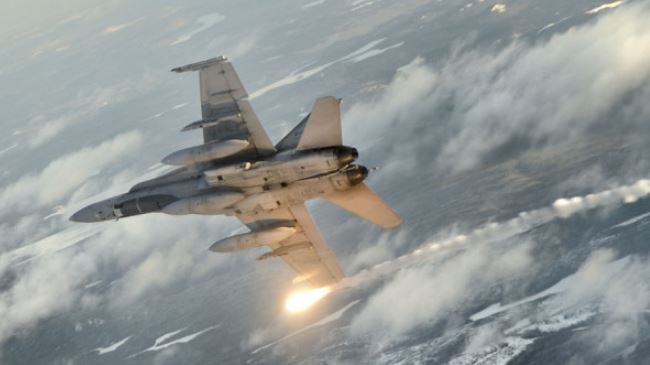 Press TV – Israel targets Syria’s defenses in a southwestern province, killing one soldier, wounding another, and destroying a military vehicle.

Citing one of its reporters, the official Syrian Arab News Agency reported in late Monday that the regime had fired one missile against the countryside of the city of Quneitra.

The act of aggression targeted “a military site to the east of Khan Arnabeh” at 10:21 local time, it noted, citing a military source.

The Israeli military said that it had attacked a Syrian anti-aircraft position after an Israeli warplane came under fire, Reuters reported. It claimed that the aircraft had come under fire from the stronghold earlier in the day.

The military alleged that the jet was conducting a “routine flight in northern Israel” when it came under the fire. It also purported that the projectile had missed and the plane completed its journey.

Quneitra houses Syria’s Golan Heights. Israel has occupied the territory since 1967, technically putting the regime at war against Damascus.

The so-called Syrian Observatory for Human Rights, a monitor, said the Israeli missile was reportedly fired from the Golan. Its director, Rami Abdel Rahman, told AFP that three Syrian soldiers had been wounded during the missile strike.

In March, the United States, Israel’s biggest ally, recognized the regime’s “sovereignty” over Golan in a move that, observers say, was meant to embolden Tel Aviv in its encroachments against the Syrian government and people

The occupying regime would recurrently strike Syria’s fortifications nearby, claiming it seeks to secure “its own territory.”

Israel has also carried out numerous strikes against the military positions of Syria and its allies elsewhere across the Arab country.

The regime has a history of treating the Takfiri terrorists fleeing the Syrian Army’s operations.

It once also notoriously provided safe passage for Western-backed self-proclaimed rescue workers, whom Damascus had found in cahoots with Takfiris.

Israel attack on Quneitra, Israel attack on Syria, Israeli missiles May 28, 2019
No difficulty with supplying medicine under sanction: MP
Nukes have no place in Iran’s defense doctrine: Amb.