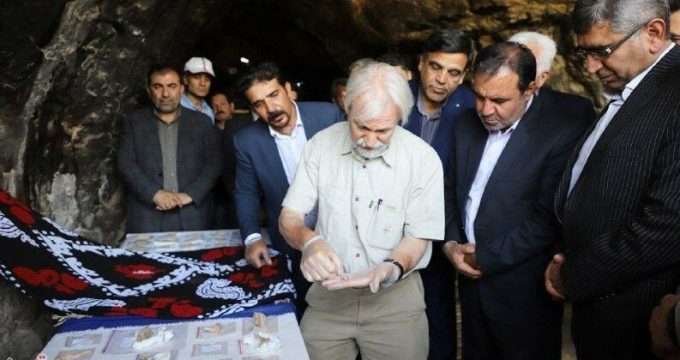 Tehran Times – Iran’s Research Institute of Cultural Heritage and Tourism has extended permit for exploration at the Kaldar Cave, which has previously yielded a fragment of a fossilized skull along with some stone tools attributed to Homo sapiens.

Situated in western Lorestan province, Kaldar is a key archaeological site that provides evidence of the Middle to Upper Paleolithic transition in Iran.

“Following the expiry of the exploration permit issued by the Research Institute of Cultural Heritage and Tourism in the cave, and in light of the discovery of a part of the intelligent human skull, Lorestan’s tourism office requested to extend the permission to complete the studies,” provincial tourism chief Seyyed Amin Qasemi said, Mehr reported.

Excavations at the site in 2014–2015 led to the discovery of cultural remains generally associated with anatomically modern humans (AMHs) and evidence of a probable Neanderthal-made industry in the basal layers.

The research also offers an opportunity to study the technological differences between the Mousterian and the first Upper Paleolithic lithic technologies as well as the human behavior in the region.

The cave is situated in the western Khorramabad valley and at an elevation of 1,290 meter above sea level. It measures 16 meters long, 17 meters wide and seven meters high.