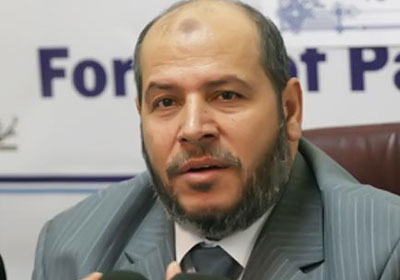 Tasnim– A senior member of the political bureau of Hamas said Palestinians have united to reject the so-called “deal of the century” plan initiated by the US government, saying there is a consensus among them to restore the Palestinians’ rights.

“Our nation has a common stance on the boycott of the Bahraini conference and the struggle against the deal of the century and conspiracy to eliminate Palestine,” he noted.

The Hamas official further pointed to “the Great March of Return” protests and said the Palestinian people are determined to continue the marches until full realization of their goals.

Earlier this week, a leader of the Palestinian Islamic Jihad movement condemned an upcoming US-Israeli conference in Bahrain as a plot to pave the way for implementation of “the deal of century”, calling on Muslims to stand up against such plots aimed at consigning the Palestinian issue to oblivion.

The White House announced on Sunday that Bahrain will host a workshop on June 25-26 in the capital Manama, where “government, civil society and business leaders will share ideas, discuss strategies and galvanize support for potential investments and initiatives that could be made possible by a peace agreement.”

The announcement came as a surprise to Palestinian officials in Ramallah. They said that they were not consulted about the conference and stressed that the only way to solve the Israeli-Palestinian conflict was through a political, and not economic, solution.

The officials said, however, that a final decision on Palestinian participation in the conference would be made by Palestinian Authority President Mahmoud Abbas after consulting with senior PLO and Fatah leaders, according to local reports