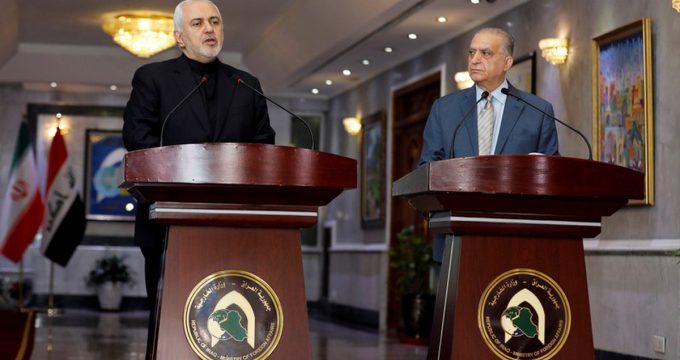 Iran’s coverage: Iran will defend itself against any aggression: FM Zarif

Iranian Foreign Minister Mohammad Javad Zarif says Iran has offered to sign non-aggression agreements with all countries in the Persian Gulf region and those offers are still on the table.

US presidential candidate in 2020 polls, Senator Bernie Sanders, has vowed to “prevent” President Donald Trump and his National Security Adviser John Bolton from taking the country into a war with Iran, further calling the American president a “pathological liar” that’s leading the nation towards authoritarian rule.

Iranian Foreign Minister Mohammad Javad Zarif and Iraqi President Barham Salih met in Baghdad on Saturday to discuss security cooperation between the two countries in a bid to help increase the stability in the region.

US cannot bring Iran to its knees: Rouhani

Larijani to serve another term as Iran’s Parliament speaker

Iranian lawmakers have elected Ali Larijani as the speaker of the parliament for the 12th consecutive year.

Lieutenant Commander of the Islamic Revolution Guards Corps (IRGC) Brigadier General Ali Fadavi underlined that the US is in its weakest position in the Middle-East now, saying that Washington does not dare to dispatch one of its aircraft carriers to the Persian Gulf and has kept it near the Indian Ocean.

Iraq offers to mediate in crisis between its allies Iran, US

Iraq offered Sunday to mediate in the crisis between its two key allies, the United States and Iran, amid escalating Middle East tensions and as Tehran’s nuclear deal with world powers steadily unravels.

Iran’s lawmakers, in a statement on Sunday, voiced their support for recent decisions by the Atomic Energy Organization of Iran (AEOI) to counteract the latest sanctions imposed by the US administration against the Islamic Republic.

Lord Norman Lamont, chairman of British-Iranian Chamber of Commerce announced that the body is resolved to continue its activities to boost bilateral trade cooperation with Iran.