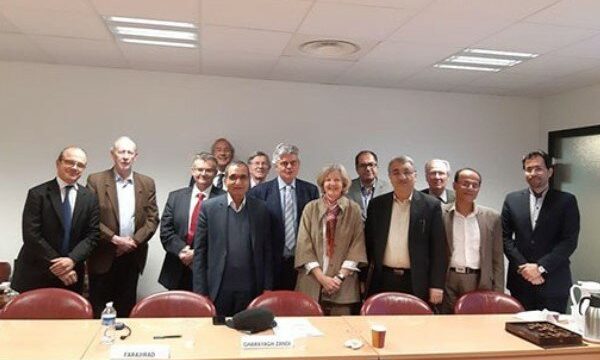 MNA – The third meeting of the Iranian-French Geopolitical Group was held at the College of World Studies in Paris with the presence of two professors of the political geography group from Iran’s Tarbiat Modares University.

The third meeting of the of the Iranian-French Geopolitical Group was held in Paris with the theme of ‘geopolitics of the Middle East and Europe’s role on it’ with the presence of two Iranian professors; Dr. Mohamadreza Hafeznia and Dr. Sirous Ahmadi and three French senior diplomats.

Discussing on geopolitical issues in the Middle East region and emphasizing on European cooperation on Middle East issues independently were the aims of this meeting, Ahmadi said.

He mentioned that the Middle East will see serious developments in the future, and Iran is the only country that can control radical terrorist groups in the region.

If the terrorist groups in the Middle East get strengthened, violence will spread to Europe and the cities of Europe will be the targets of terrorist operations.

Therefore, it is necessary to expand cooperation with Iran for the security of Europe and the region, Ahmadi added.