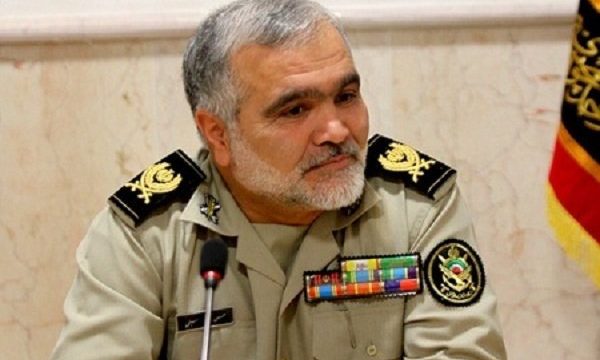 MNA – The assistant to the Iranian Army’s chief reiterated the armed forces’ full readiness to counter “any possible external threat”, saying that rational American commanders will not let the “radical elements” drag the United States into a war with Iran.

“We believe rational Americans and their experienced commanders will not let their radical elements lead them into a situation from which it would be very difficult to get out, and that is why they will not enter a war,” Brigadier General Hassan Seifi told Mehr News Agency on Saturday.

There is no possibility of triggering a military conflict between the two countries, the general said, adding that “in case [a conflict happens], the armed forces will give a crushing response to the enemies.”

He also downplayed the US’ hackneyed tactic of psychological warfare against the Islamic Republic by deploying carriers and bombers in the Middle East region, saying, “You should know that if the Americans were able to trigger a war against Iran, they would not need to enter the Persian Gulf.”

“Did they show off their military equipment and capabilities when they wanted to invade Iraq and Afghanistan?” Brigadier General Seifi added.

He highlighted the country’s high defense capabilities and preparedness of its armed forces, saying the enemies will never dare to attack the country.