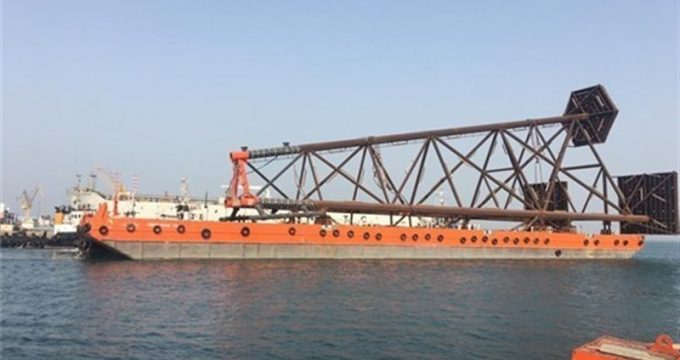 New flare stack to be installed in Iran’s South Pars

Tasnim – Local technicians at Iran’s giant South Pars gas field have begun an operation to install the last flare stack of the offshore platforms in the Phase 14 of the field.

Mohammad Mahdi Tavassolipoor, operator of South Pars Phase 14 development project, said on Saturday that the last flare stack of platforms of Phase 14 is being shipped for installation.

The industrial structure that weighs 510 tons and is 79 meters high has been manufactured in the port city of Bandar Abbas and has been loaded on a homegrown freighter, he added.

He also noted that installation of the flare stack on the offshore platform will start on May 29 and is expected to last for a month.

The gas field, whose development has been divided into 28 phases, is located in the Persian Gulf straddling the maritime border between Iran and Qatar.