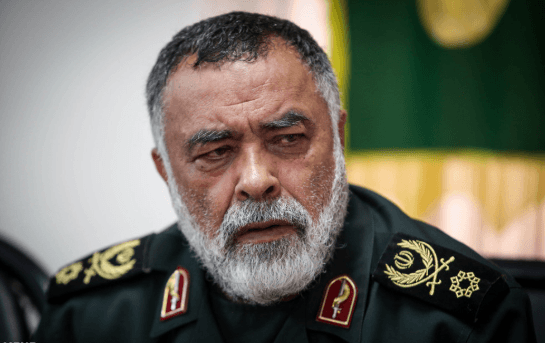 Sputnik – The statement comes after US President Donald Trump did not rule out earlier that the Pentagon may send 1,500 more troops to the Middle East, following the deployment of a carrier strike group and a bomber task force to the region. The goal is to contain what Washington describes as an alleged Iranian threat.

Iran has signalled its readiness to use its “secret” weaponry in order to sink US warships which were earlier delivered to the Persian Gulf region.

“America […] is sending two warships to the region. If they commit the slightest stupidity, we will send these ships to the bottom of the sea along with their crew and planes using two missiles or two new secret weapons,” General Morteza Qorbani, an adviser to Iran’s military command, told the semi-official Iranian news agency Mizan.

The statement comes amid mounting US-Iran tensions which exacerbated earlier this month, when the US imposed more anti-Iran sanctions and sent an aircraft carrier strike group, a squadron of B-52 bombers and a battery of Patriot missiles to the Middle East.

Iran, for its part, suspended some of its obligations under the 2015 Iran nuclear deal, also known as the Joint Comprehensive Plan of Action (JCPOA).

Meanwhile, 76 retired US generals, admirals and ambassadors have signed an open letter to US President Donald Trump, urging him against instigating a war with the Islamic Republic.

“A war with Iran, either by choice or miscalculation, would produce dramatic repercussions in an already-destabilised Middle East and drag the United States into another armed conflict at immense financial, human, and geopolitical cost,” the letter reads.

The letter comes after Trump said that Washington would deploy some 1,500 additional troops to the Middle East. The US President, however, said earlier that Washington hoped that the situation would not come to war.

Iranian Supreme Leader Ayatollah Ali Khamenei, for his part, underscored that Tehran does not intend to wage war with the US, but will continue to resist Washington.

US-Iran tensions sparked in May 2018, when Washington unilaterally withdrew from the 2015 Iran nuclear deal, also reinstating sanctions on the Islamic Republic.
On 8 May, 2019, Iran announced its own decision to partially discontinue its obligations under the nuclear agreement.

Tehran gave the other signatories 60 days to ensure that Iran’s interests were protected under the agreement; otherwise, the Islamic Republic is ready to take further steps on scrapping the deal.

General Morteza Qorbani, Iran-US tensions, US warships in the Persian Gulf May 25, 2019
Yemenis hold funeral for victims of deadly Saudi air raids on Sana’a
NIOC to sell 2 mb of oil at energy exchange on May 28