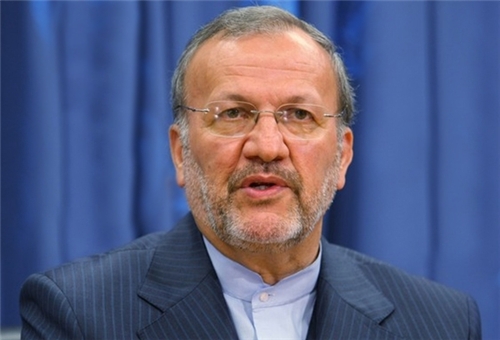 Former Iranian FM: Iran’s response to Trump should be practical

He mentioned that Iran should react to US President Donald Trump’s measures. Iran’s response should make Trump understand that his policies against Iran will be answered, adding it should be practical and originated in resistance.

Mottaki noted that less than a year ago, the US announced that they would apply tough sanctions against Iran on November 4, 2018, causing difficult situation for Iran.

After seven months they say that Iran will not surrender and accept the Trump’s terms and will resist, he added.

Former official said that the situation of Iran and the US has been clear over the past 40 years, but Trump pointed to the issue of Iran in the Middle East, as if is likely to happen a war between the two countries soon.

May 25, 2019
Buttigieg slams Trump over Iran escalation, vows ‘I’m going to win’ in 2020
Russia does not seek US permission to coop. with Iran: Russian amb.