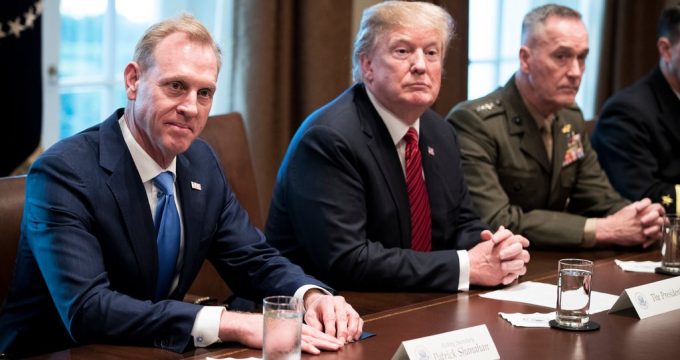 Sputnik – Despite US president Trump’s statement that he has no intention of waging war with Iran, the US continues to expand its military presence in the Middle East. In the most recent development, Trump recognized that the Pentagon would send 1,500 more troops to the region, following the deployment of a carrier strike group and a bomber task force.

Amidst rising tensions between the two countries, 76 US retired generals, admirals and ambassadors have signed an open letter to US president urging him against forging a war with the Islamic Republic.

“We write to you to express our deep concern about the current escalation with Iran in the Arabian Gulf. The mutual animosity between the United States and Iran, the accelerated deployment of an aircraft carrier strike group and B-52 bombers to the region, and reports of Iranian preparations for attacks on U.S. military and diplomatic facilities are highly concerning and make for a potentially deadly confrontation. A war with Iran, either by choice or miscalculation, would produce dramatic repercussions in an already destabilized Middle East and drag the United States into another armed conflict at immense financial, human, and geopolitical cost,” the letter reads.

Referring to their own experience as “national security professionals with extensive careers in the U.S. armed forces and diplomatic service,” the signatories noted that the lack of communication between the two countries “during a time of heightened rhetoric only increases the possibility of a miscalculation resulting in unintended military conflict.”

“Washington and Tehran are talking past each other and taking actions the other views as dangerously provocative at best and the beginning of forceful action at worst,” the letter reads.

In the letter, the high-ranking ex-US officials recognize Trump’s “reported desire to avoid war with Iran.” At the same time, they considered the economic means which Trump has used to those of a military nature and concluded that the latter “proved ineffective in changing the regime’s behaviour.”

“While economic sanctions against Iran have had the beneficial effect of reducing financial support for Hezbollah in Lebanon, these, as well as military threats against Iran have thus far proved ineffective in changing the regime’s behaviour and have likely reaffirmed the beliefs of Tehran’s hardline elements that compromise with the United States is impossible,” the letter reads.

The signatories, citing the fact that Donald Trump as US president and commander-in-chief has “considerable power at your disposal,” have called on him to “ immediately reduce the dangerous levels of regional tension.”

“Crisis de-escalation measures should be established with the Iranian leadership at senior levels of government as a prelude to exploratory diplomacy on matters of mutual concern. The protection of U.S. national interests in the Middle East and the safety of our friends and allies requires thoughtful statesmanship and aggressive diplomacy rather than unnecessary armed conflict.”

Tensions between Iran and the US sparked following US withdrawal from the Joint Comprehensive Plan of Action (JCPOA), also known as the 2015 nuclear deal, in May 2018.

Washington ramped up pressure on Tehran, designating the Islamic Revolutionary Guard Corps (IRGC) as a foreign terrorist organization and deploying a carrier strike group and a bomber task force with nuclear-capable B-52 bombers to the Middle East.

Tehran reciprocated by designating the US Central Command (CENTCOM) terrorists, and announcing that it will suspend some of its voluntary obligations under the JCPOA.