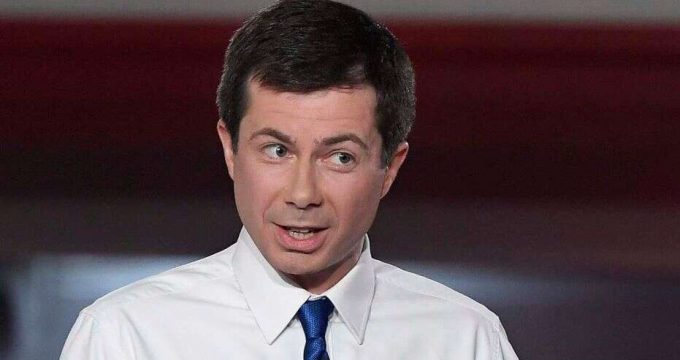 Fox News – Democratic presidential candidate Pete Buttigieg is blasting President Donald Trump for “chest-thumping militarism” and warned that rising tensions between the U.S. and Iran “could very quickly get away from this president.”

At a campaign event Friday night in the first-in-the-nation primary state of New Hampshire, the one-time long shot for the nomination — who has surged the past two months to become a credible contender — also vowed that “I’m going to win” as he took an indirect jab at former Vice President Joe Biden, the clear front-runner in the Democratic 2020 race.

The South Bend, Indiana mayor and Afghanistan War veteran criticized the Republican president just hours after the Pentagon said that 1,500 additional U.S. forces and firepower are headed to the Middle East as the specter of potential conflict with Tehran increases.

The Trump administration has been ringing alarms the past month over what it calls “troubling” and “escalatory” moves by Iran. The U.S. has been raising the volume on Iran ever since the president took the country out of a multilateral nuclear deal with Iran a year ago.

Trump has spent weeks alternating between tough talk towards Tehran while still insisting he’s open to negotiating with the Islamic Republican. On Friday, the president told reporters before departing on a trip to Japan that “we’re going to be sending a relatively small number of troops, mostly protective.”

Buttigieg, speaking at a campaign event in Exeter, New Hampshire, claimed that Trump “now seems to be setting us on a course that could lead to violent confrontation.”

He later told reporters that “I’m very worried because we have steps towards confrontation in Iran that almost make it seem as though we learned nothing from the experience in Iraq.”

And he warned that “what we’re seeing right now is a set of escalations that could very quickly get away from this president to where he’s not even in control.”

For the third time in two days, Buttigieg took aim at Trump accusing him of faking a disability decades ago in order to avoid military service in the Vietnam War.

Speaking to a crowd jam-packed into Exeter’s historic town hall that his campaign estimated at 680 people, the candidate charged Trump “used his privilege to avoid serving when it was his turn.”

He made similar comments at a campaign event with veterans in Londonderry, New Hampshire earlier in the evening.

Trump received five deferments from the draft for military service during the Vietnam War. Four were education deferments while he was a college student and the fifth – in 1968 after he graduated – was a medical exemption.

Two daughters of a New York podiatrist told The New York Times recently that 50 years ago, their father diagnosed Trump with bone spurs in his heels, as a favor to the doctor’s landlord, millionaire real estate developer Fred Trump.

On the campaign trail in 2015, as he was running for president, Trump said: “It was a long time ago … I had student deferments and then ultimately had a medical deferment because of my feet. I had a bone spur.”

Trump told reporters at the time that he couldn’t remember which foot had the problem. His campaign later said the bone spurs affected both feet.

Minutes after once again charging that Trump used his “privilege” to avoid military service, Buttigieg emphasized to the audience that “we can’t spend all our time thinking up a zinger that’s going to knock the president flat. Because any energy that goes his way, any attention that goes his way, even in the form of criticism, it’s kind of like food, he just takes it in and gets bigger off of it.”

Asked later by Fox News how he could square those comments with his repeated attacks on Trump the past two days over his Vietnam War deferments, the candidate answered “we absolutely need to say exactly what we think about the president’s wrongdoing, malfeasance and lies. It’s just that that can’t be our message. As soon as we say that, we’ve got to return to the question of how we’re going to make American lives better.”

Buttigieg also appeared to take a shot at the former vice president during the town hall. In an obvious reference to Biden – who many voters feel may be the most electable candidate of the two-dozen Democrats currently running for president, Buttigieg argued that “sometimes we pick somebody who is less inspiring that we think will also be less risky and we wind up getting somebody that’s neither.”

Asked by a member of the crowd why they should support him, Buttigieg declared “two reasons, I’m going to make a really good president and I’m going to win.”