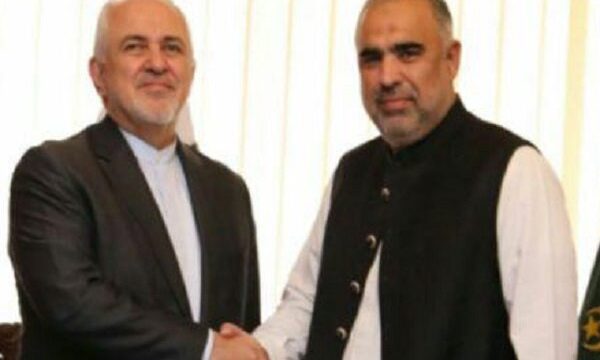 In the meeting, the Pakistani official underlined his nation’s affection for the Iranian people and expressed his own support as well as that of Pakistan’s National Assembly for the Iranian nation amid the current situation.

Asad referred to the upcoming visit of a parliamentary delegation from Iran to Islamabad, stressing the significance of strengthening bilateral parliamentary cooperation between Iran and Pakistan.

For his part, the top Iranian diplomat pointed to the close relations between Iranian and Pakistan nations and said there are good grounds for cooperation between Iran and Pakistan, particularly between Chabahar and Gwadar ports.

Zarif then described Iran-Pakistan parliamentary relations as good and called for further cooperation in the fields of border security and fight against terrorism.

The two sides also exchanged views on regional issues and stressed their countries’ support for the nation of Palestine amid the current critical situation of the region.

The top Iranian diplomat arrived in Islamabad late on Thursday to meet with high-ranking Pakistani officials and discuss bilateral, regional and international issues with them.

The trip is taking place in continuation of Zarif’s recent visits to several Asian countries.