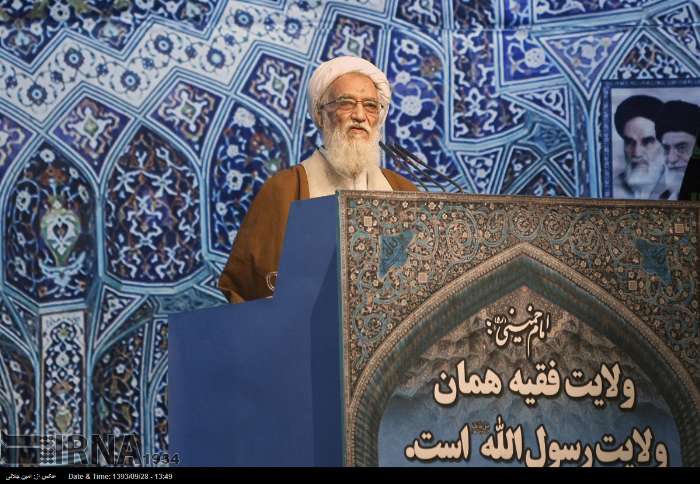 Tasnim – Tehran’s provisional Friday Prayers leader highlighted the importance of worldwide rallies due to be held next Friday to mark the International Quds Day and said the day symbolizes the Islamic nations’ unity against the Israeli regime.

“The Quds Day symbolizes the unity and will of the Islamic Ummah (community) and the day of support for a nation that has stood up to defend Muslims’ first Qiblah with their blood,” Ayatollah Mohammad Ali Movahedi Kermani said, addressing worshippers in Tehran on Friday.

Each Friday, a new group of Palestinians is being killed by the Zionist regime of Israel, the cleric added.

The Quds Day does not belong to a specific nation or a specific part of the world, he said, adding that it is the day of resistance of all the oppressed people of the world against the arrogant powers.

The International Quds Day is an annual event during which demonstrators around the world express their solidarity with the Palestinian people and opposition to the occupation of the Palestinian territories by the Zionist regime of Israel.

In Iran, countrywide demonstrations will be held in more than 900 cities with thousands of reporters scheduled to cover the event.

The day is also seen as the legacy of the late founder of the Islamic Republic, Imam Khomeini, who officially declared the last Friday of the holy month of Ramadan as International Quds Day back in 1979.

This year, Muslims world over will mark the International Quds Day on May 31.