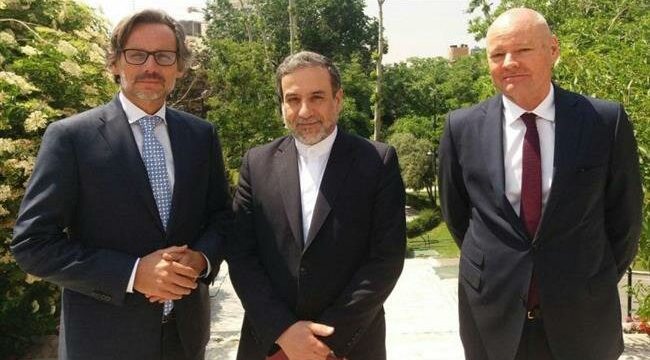 In this meeting, the two diplomats discussed the latest developments regarding the Iran nuclear deal and Germany’s attempts to salvage it, the Iranian Foreign Ministry reported on Thursday.

Asserting that Iran has run out of patience, Araghchi underlined the responsibilities of the remaining signatories after US’ decision to leave the deal. He doubled down on the necessity of fulfilling those commitments in accordance with the four statements of the joint commission of the JCPOA.

Plotner, for his part, emphasized his country’s continued commitment to the JCPOA and said, “the European countries will push ahead with their efforts and consultations to meet Iran’s demands and to save the JCPOA.”