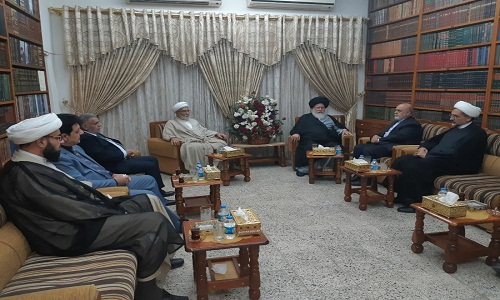 Iran will give strong response to any aggression: Envoy

IRNA – Iran’s Ambassador to Iraq Iraj Masjedi said on Wednesday that Iran will never attack a country but it will give crushing response to any aggression.

In a meeting with Ayatollah Seyyed Hossein Sadr, an Iraqi religious source of emulation, the ambassador said that Iran has a clear message to the world that ‘We will never attack a country but we will give a resolute response to any aggression.’

“I have conveyed Iran’s message to European and western states’ envoys during meetings with them at Iran’s Embassy,” he said.

Commenting on the two countries ties and gas and electricity exports to Iraq, he said, “We never cut off services to the Iraqi people even when huge section of its debts had not been paid.”

Ayatollah Sadr, for his part, said, “Our hearts and prays are with Iran,” hoping that regional problems will be solved soon.
8072**1416