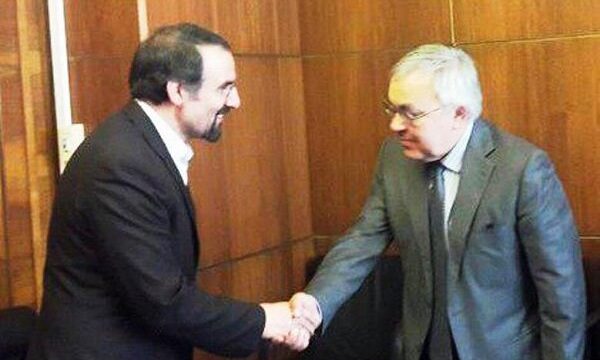 The two sides discussed issues about bilateral relations and the international and the regional developments, particularly in the Middle East including Syria and Yemen.

In the meeting, Sanaei and Vershinin stressed the necessity of continuation of Iran-Russia consultations about the events in the Middle East and North Africa.

Iran’s ambassador to Moscow has already held talks with Sergei Ryabkov, Russian deputy foreign minister and the country’s chief negotiator on various international and regional issues including the July 2015 nuclear deal from which the US withdrew unilaterally on May 8, 2018.

On the first anniversary of the US unilateral exit from the Iran Deal, aka Joint Comprehensive Plan of Action (JCPOA) on May 8, 2019, Iran reduced commitments to the international nuclear deal and took reciprocal measure based on Articles 26 and 36 of the 2015 agreement.

Moscow as one of the five members of the JCPOA has called for the arbitral commission of the JCPOA to convene to hear Iranian complaints.
Moscow says it has always defended the nuclear agreement with Tehran and called on Iran to stay in the deal despite the US exit.

Russians have over and over condemned the US unilateral sanctions against Iran.

In Feb 2018, Russia vetoed a UK-proposed draft resolution to the United Nations against Iran linking the country with shipment of arms to Yemen. Iran denies such accusation.