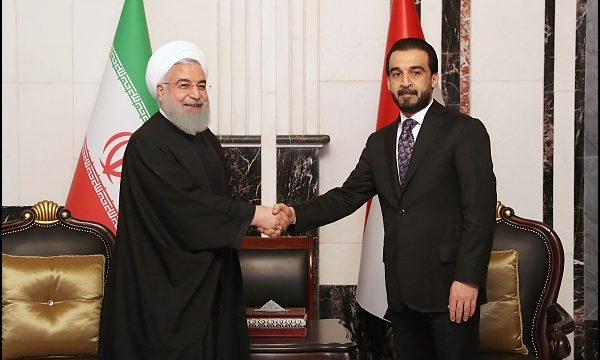 Iraqi speaker due in Iran for talks: Source

Tasnim – Speaker of the Iraqi Parliament Mohamed al-Halbousi plans to start an official visit to Iran later today or on Thursday to hold talks with senior officials of the country on issues of mutual interest, an informed source said.

Heading a high-ranking delegation, Halbousi will arrive in Tehran on Wednesday or Thursday, the source told the Arabic-language Baghdad Today.

The top Iraqi parliamentarian plans to meet with senior Iranian officials, including Parliament Speaker Ali Larijani, to talk on ways to boost bilateral relations between the two neighboring countries in diverse fields, according to the report.

The latest developments in the Middle East will also be discussed in Halbousi’s meetings in the Iranian capital, the source said.

The visit comes against the backdrop of increased tensions between Iran and the US with Washington imposing sanctions hampering Tehran-Baghdad relations.

Since then, the administration of US President Donald Trump has been trying to reduce Iran’s oil exports to “zero,” and has sent an aircraft carrier strike group, a bomber squad, an amphibious assault ship, and a Patriot missile battery to the Middle East to try to stack up pressure on Tehran.