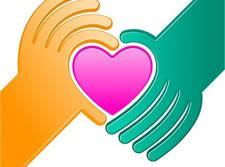 MNA – Member of Iranian Parliament’s Health Committee said that the number of Iranian people who are interested to donate their own organs has increased to 6 million so far.

Member of Iranian Parliament’s Health Committee Ali Nobakht said on the commemoration ceremony of National Organ Donation Day in Iran that some 6 million Iranians have received organ donation card till now, adding, Iranian Donation Society is trying to attract more people to register in this organization.

Referring to the organ donation of people due to brain death, he mentioned that so far, about 50,000 patients have survived by organ transplant.

The Iranian Society of Organ Donation is a non-profit organization established in 2016, aiming at raising awareness of organ donation, promoting the culture of donating organs, education and research and offering social working services to the families of organ donors, which have been assigned by the Ministry of Health.